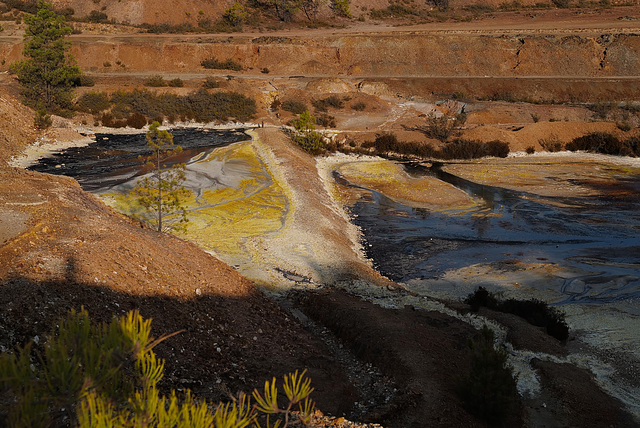 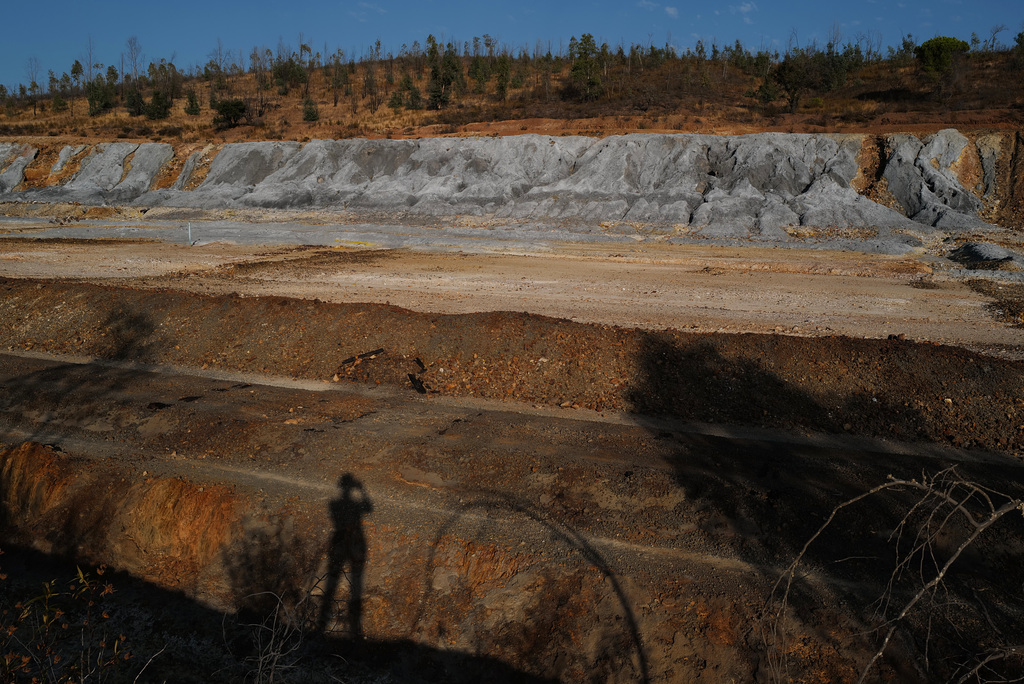 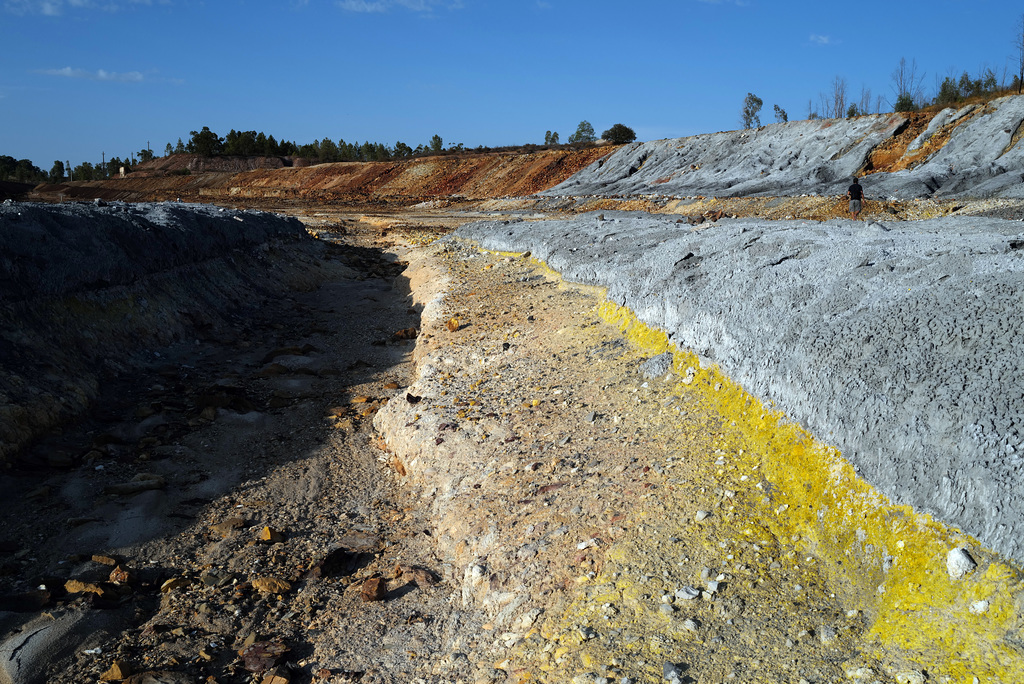 Land of contrasts, the area of S. Domingos Mine has a uniqueness that leaves no one indifferent. The mining area of Santo Domingo, part of the Iberian Pyrite Belt, was from ancient times a sought after place for the extraction of minerals and there is evidence of gold, silver and copper mining works since the pre-Roman and Roman period.

Its modern operation began in 1854, at the initiative of the “Mason & Barry” mining company, which continued to operate it until 1966, with around 108 years of regular operation extracting more than 20 million tons of ore (copper, zinc, lead and sulfur). Mina de S. Domingos was the largest Portuguese mining area until the 1930s, with a continuously labour force of over a thousand workers. The mine provided a local development level much higher than the one experienced in the rest of the country. Here it was built, for example, one of the first railways to make the connection between the mine and the old river port in Pomarão. Also here it was built the first power plant in Alentejo. The local community also had accesses to a local hospital and movie theatre among other facilities.

The end of the mining exploitation – combined with the absence of an adequate rehabilitation, abandonment and subsequent vandalism of the remaining heritage – dictated the progressive decay of the territory and the population exodus. Nowadays, the development strategy is focused on the search for resolutions to the environmental problems and to the protection and valuation of the mining heritage.

On the 3rd of June 2013 the mine and urban area of Mina de S. Domingos was classified by the Portuguese authorities as a “Set of Public Interest” and currently this urban area and also the old industrial complex are part of a tour circuit that evokes the history and the living memory of the mine.

Admired in:
www.ipernity.com/group/tolerance
11 months ago. | Permalink

Diana Australis club
This is so interesting, Isabel the layers of colour and geological formations are fantastic!
11 months ago. | Permalink

Thank you for posting in the group
www.ipernity.com/group/magicalsunlight
11 months ago. | Permalink