By the riverside of the Irrawaddy river, Burma 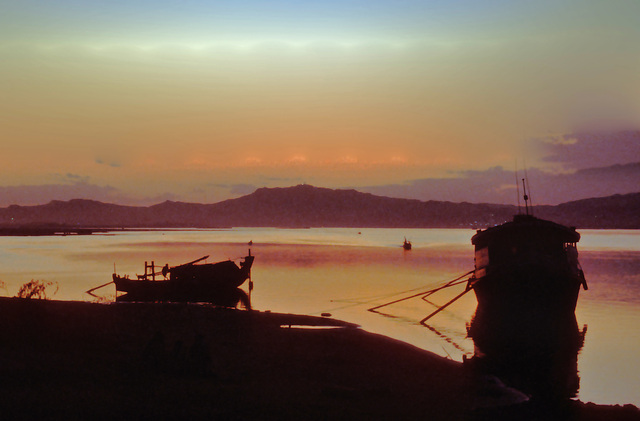 The names Irrawaddy and Ayeyarwady are believed to have derived either from the Sanskrit name Iravati, a sacred river and minor goddess in Indian mythology, or from her son Airavata, the elephant mount of Indra.
The Irrawaddy gives its name to a dolphin, the Irrawaddy dolphin (Orcaella brevirostris), which is found in the river. Though sometimes called the Irrawaddy River Dolphin, it is not a true river dolphin, since it is also found at sea.
Suggested groups:
Comments