Mt Everest and the Khumbu Himal 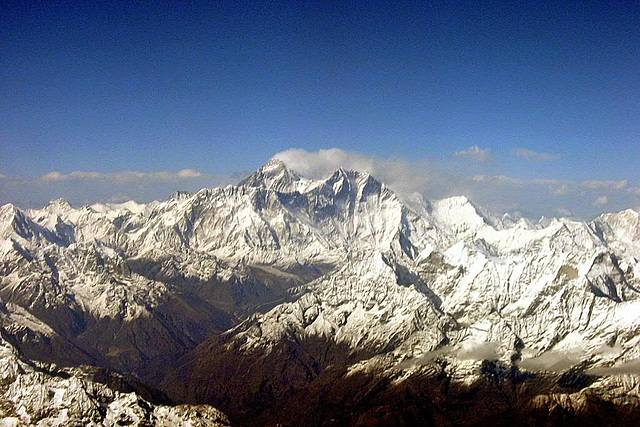 Nepalese will also call it Sagarmatha “Head of the Sky” (Sagarmatha is the name of the area).

The Tibetans will call it Chomolungma “short for Jomo Miyolangsangma" Mother Goddess of the Universe”.
Most sherpas are saying that Miyolangsangma is the protector goddess of Everest.
Deemonstrating the immense respect and reverence that the locals have for this awesome mountain.

Miyolangsangma is the Tibetan Buddhist goddess who lives at the top of Chomolungma (Mt Everest). She is one of the seven long-life sisters and her virtue is Inexhaustible Giving. She started out as a malevolent demoness and was converted by a great Buddhist. Now she is the Goddess of inexhaustible giving and of Everest and the Khumbu area in general. She rides a golden tigress, and hands out the jewels of wishes to those deserving.

The latest official figure for the elevation fo the Everest is 8850m high (previous figure was 8848 m) :)
11 years ago. | Permalink