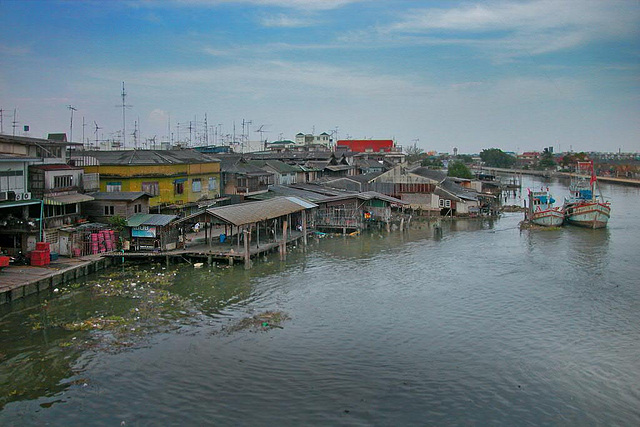 Tha Chin is the "Chinese Pier".
The Tha Chin river has many regional names. After it splits from Chao Phraya river at Chainat, it's called Makham Thao River; while passing Suphan Buri it is the Suphan River; while passing Nakhon Pathom it becomes the Nakhon Chai Si river. Only near its mouth at Samut Sakon it becomes the Tha Chin River, named after the old name of Samut Sakon. However, for purposes of discussing the river in its entirety, the name Tha Chin is the conventional choice in most scientific documents.
Suggested groups:
Comments