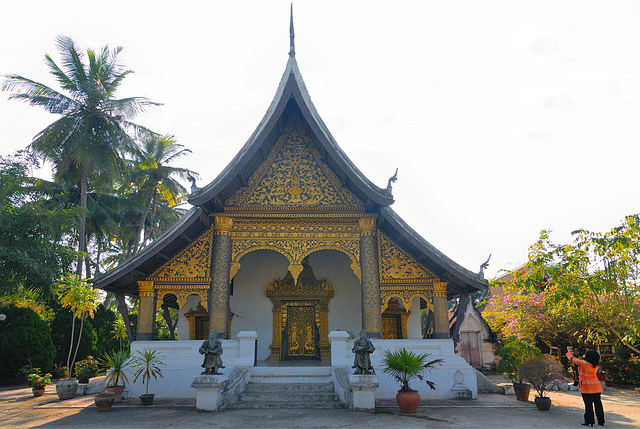 Better known as Wat Choum Khong, due nobody can get this long name in his mind. The wat is a small Laotian monastery on Sotika Kuman Road, one of the roads the run parallel to the Mekong and Nam Khan rivers in Luang Prabang.
The temple was started in 1843, during the reign of King Sukaseum. It adheres to the classic style. The name Choum Khong refers to a statue of the Buddha which was cast from a bronze gong. When I visited Wat Choum Khong, I saw the monks and novices busy doing restoration work around the compound. Apparently Wat Choum Khong had undergone three earlier restorations, in 1933, 1951 and 1963.
Suggested groups:
Comments