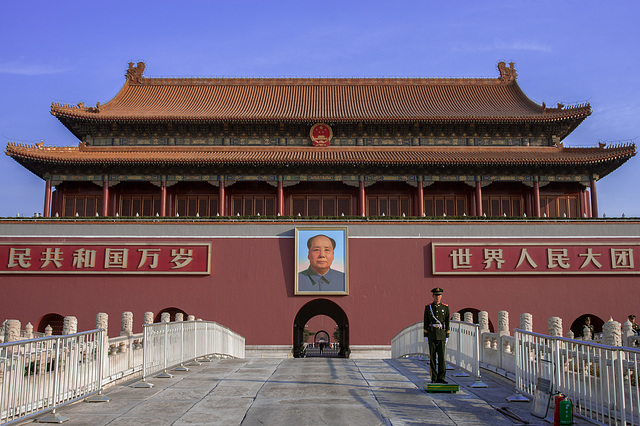 Gate to the Forbidden City of Beijing

While the Forbidden City is often seen in the Western imagination of China as the palace of all that country's emperors going back thousands of years, in reality it has only stood since the 15th century C.E.
Symbolically, Mao Zedong, leader of the victorious army, proclaimed the founding of the People's Republic of China in front of the south gate of the Forbidden City. He was the first ruler of a unified mainland China since the Qings had fallen. Although he did not take the title emperor, like them he held great power over China for much of the rest of his life, and the Communist Party he helped found has effectively been the new dynasty ever since, its elite living in the Zhongnanhai compound to the immediate west. His portrait remains on the gate overlooking Tian'anmen Square to the south, where all who enter must pass.

Berny has particularly liked this photo