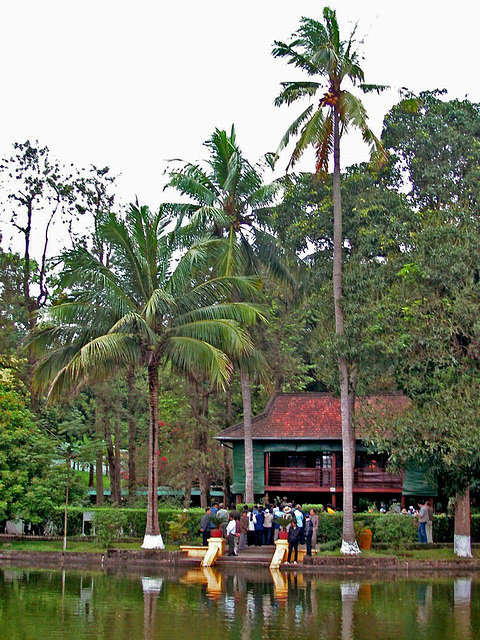 Ho Chi Minh was the founder and president of the Democratic Republic of Vietnam. Although he had the look of a very respectful humble man, he was a great leader. Uncle Ho perfected the art of guerilla and liberated his country form the French. He also defeated the Americans, and united his country. But the cost of this war was overwhelming; more than 3 million North and South Vietnamese soldiers and civilians died during the Vietnam-American War.
This house on stilts, where Ho Chi Minh lived and worked from 1958 to 1969, illustrates the importance of simplicity and modesty to this Vietnamese revolutionary.

A simple house surrounded by exuberant vegetation!
4 weeks ago. | Permalink