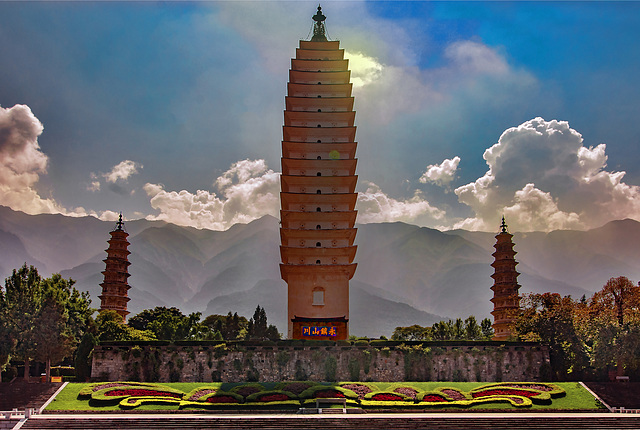 The middle pagoda called Qianxun Pagoda is 69.13 meters high, is one of the highest pagodas of the Tang Dynasty (618 - 907), while the other lower two stand to the north and south sides of it. Qianxun Pagoda, now empty, previously could be climbed by ladder from the inside. However the ladder is now broken, and travelers now have no opportunity to climb up. The other two pagodas aren't straight due an earthquake (the photo shows them correct, its not a lens failure).

lgdeantonio has particularly liked this photo