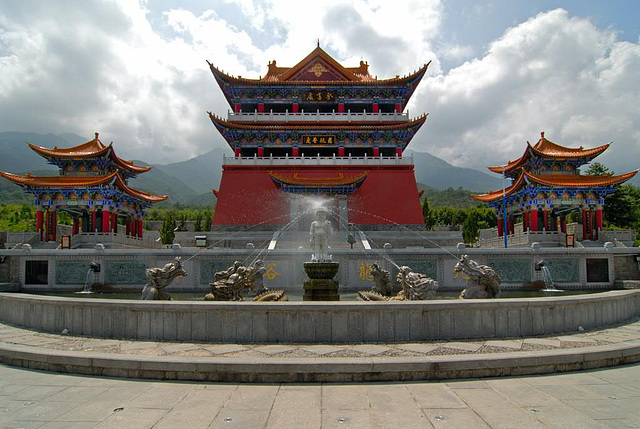 Their mother building was known as Chongsheng Monastery (pinyin Chong Sheng Si, also known as SanTa Si, Tianlong Si) and used to be the royal temple of the Kingdom of Dali and one of the largest Buddhist centers in southeast Asia. It was originally built at the same time as the first pagoda but was destroyed in a fire in the Qing Dynasty reign period. The temple was later rebuilt in 2005. It was recorded that Qianxun Pagoda had been split in an earthquake on May 6th, 1515 AD (Ming Dynasty). However, it miraculously recovered ten days later in an aftershock.

, , have particularly liked this photo