Entry tower of the temple complex 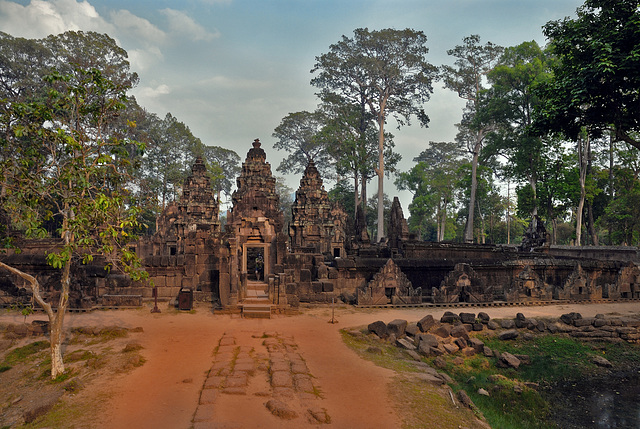 The temple complex was rediscovered only in 1914, and was the subject of a celebrated case of art theft when André Malraux stole four devatas in 1923 (he was soon arrested and the figures returned).

The incident stimulated interest in the site, which was cleared the following year, and in the 1930s Banteay Srei was restored in the first important use of anastylosis at Angkor. Until the discovery of the foundation stela in 1936, it had been assumed that the extreme decoration indicated a later date than was in fact the case.

, Rosa Maria Riquelme, Frank, and 2 other people have particularly liked this photo