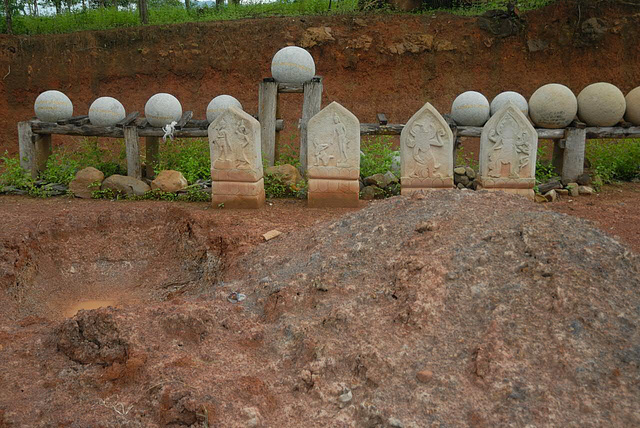 Before work starts on a new temple, nine holes are to dug: eight at the cardinal points, the ninth beneath where the principal Buddha statue will be placed. Luk Nimit (Thai: ลูกนิมิต), round stones the size of a cannonball, are placed in to these holes during a religious ceremony. Eight Sema stones are then placed over those Luk Nimit which are situated at the cardinal points. Double (or even triple) Bai Sema signify that the phra ubosot has been rebuilt or that the temple has a Royal connection.
Parts of a Bai Sema are described in Thailand as being body parts: "neck", "shoulders", "chest", "hips" and "stomach".
Suggested groups:
Comments