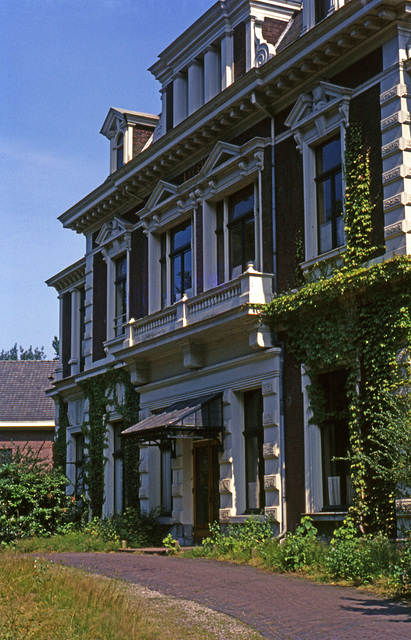 Before we had to move to the new building at the Torenlaan, I spent two years of my highschool life here. Originally a private house, the Waldheim villa, this was the core of a strange conglomerate of buildings and shanties always failing to keep up with the growing population.

In the late sixties, shortly before the building was torn down, I shot some dia positives of it. When I found them again, decades later, they were in bad shape. I performed some crude restoration on this one.
Suggested groups:
Comments