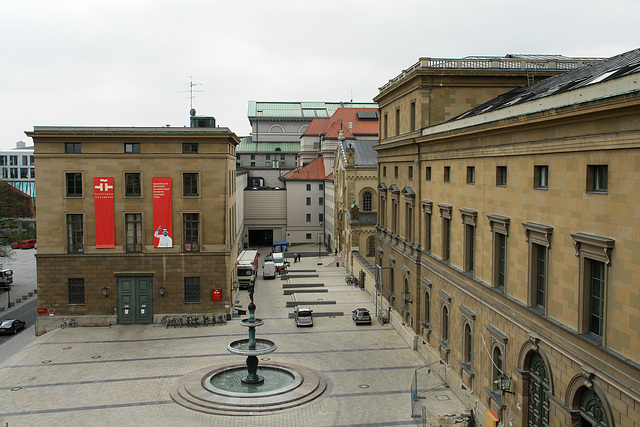 A view from my room in the Bavarian Academy. In the background you can see the Opera, opposite on the left is the Spanish Cultural Institute. The Instituto Cervantes (as it is called) forms the head of a wing in which theater scenery is kept. Actually, it is part of the scenery itself: it was built after the war in the same style as the surrounding part of the Residence; behind this façade the wing continues in a much more businesslike manner. Ugly, hiding the nice church on the right (damaged in the war and restored just a few years ago), and destroying what once was a square, the Marstallplatz.
Suggested groups:
Comments