Scene In Scene In

Wat Phu toward the Mekong 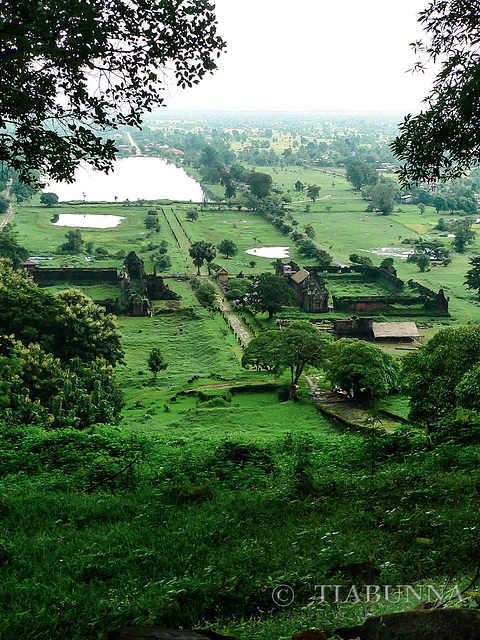 Taken from the top terrace of Wat Phu, adjacent to the current Buddhist temple. The central causeway leads off into the distance toward where the now-gone city of Shrestapura stood near the Mekong River in about the 5th century. An earlier temple was built here dedicated to Shiva because of the spring (considered sacred) coming from the cliffs behind and the natural lingam-shaped outcrop (obscured by clouds) on the summit. That earlier temple was replaced with the current structures in about the 10th century when the Khmer empire took over the area.

In the PiPs (also below):
(1) I was pleased to find the spring which was part of the original inspiration for all the developments, still coming from the hillside.
(2) A Khmer motif on the cliff face near the spring.
(3) I won't claim to be expert on Hindu sculpture and symbolism, but I think this is a Lingam signifying the god Shiva, while (4) this large carved and abandoned rock appears to be a Yoni signifying the goddess Shakti. 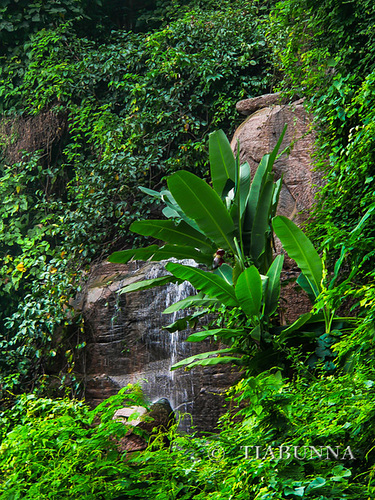 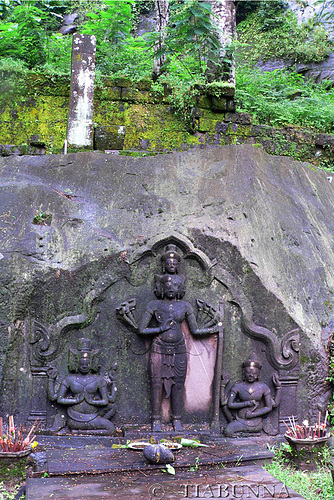 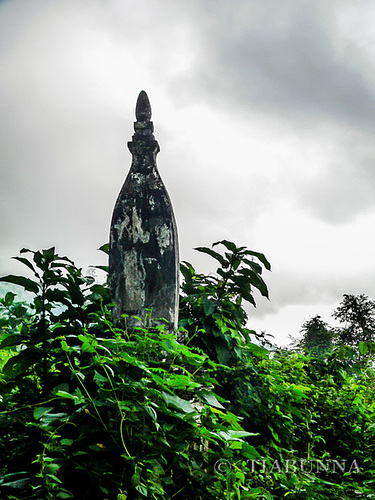 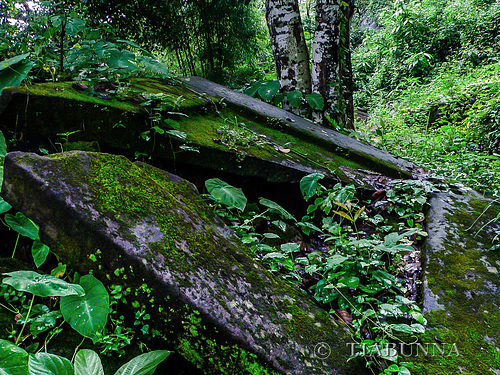 A beautiful and interesting series...
18 months ago. Translate | Permalink

SO BEAUTIFUL AND PEACEFUL
18 months ago. Translate | Permalink

Fascinating information and images. I like the main shot giving an overview of the site. What a long history it has.
18 months ago. | Permalink

Another fine window into the landscape and history of this nation George. The Pips and your narrative complete the story. Well done.

The heat and humidity seem to come off the photos! Another excellent compilation.
18 months ago. | Permalink

Excellent and fascinating insights into this culture and religion, also in this series!
18 months ago. | Permalink

Another collection of great and interesting impressions, George !
18 months ago. | Permalink