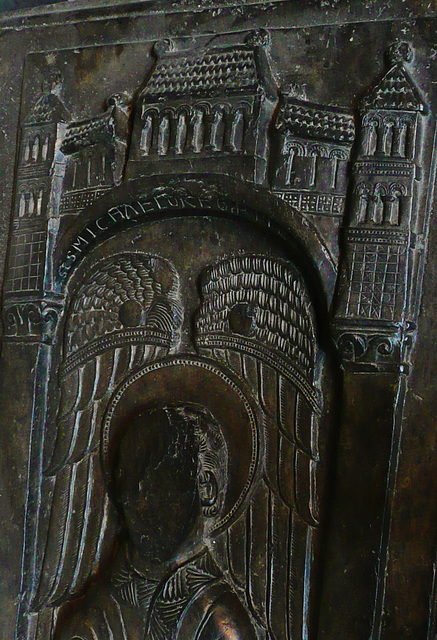 this tournai marble tomb slab, with its figure of st. michael carrying the soul of a bishop up to heaven in a napkin, was found under the floor of the local parish church of st.mary, ely. it has since the c19 been claimed as the tomb of bishop nigel, a royal treasurer deeply involved in the civil war between stephen and matilda on her side. he died in 1169, and this could date from then, the architectural canopy being similar to the buildings depicted on the tournai fonts at winchester and east meon, which date roughly from 1150-1200
Suggested groups:
Comments