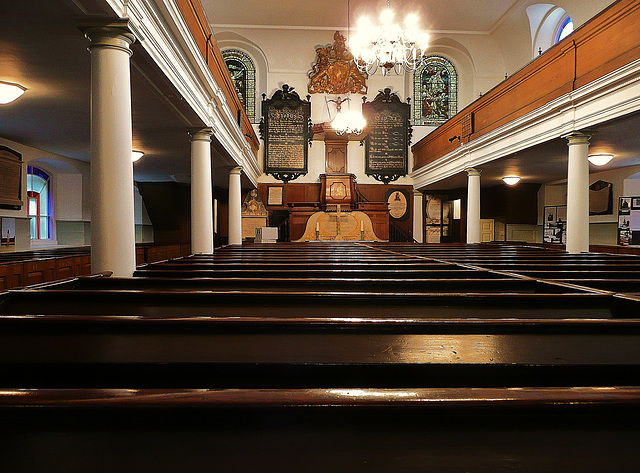 built in 1762-3, the chapel resembles many english ones of its date, but has not been so much affected by the changes that the c19 brought elsewhere, retaining the pulpit as the main focus, with the royal arms of what was after all a german king above, and a decalogue that wouldn't seem out of place in any wren church until one reads it. the box pews, with hat pegs inside, leave no centre aisle. it is amazing that this chapel survives here after two world wars, and did not fall victim to some patriotic arsonist from an anti german mob in the first world war; in the late 30s the pastor aided jewish refugees escaping the nazis .
Suggested groups:
Comments