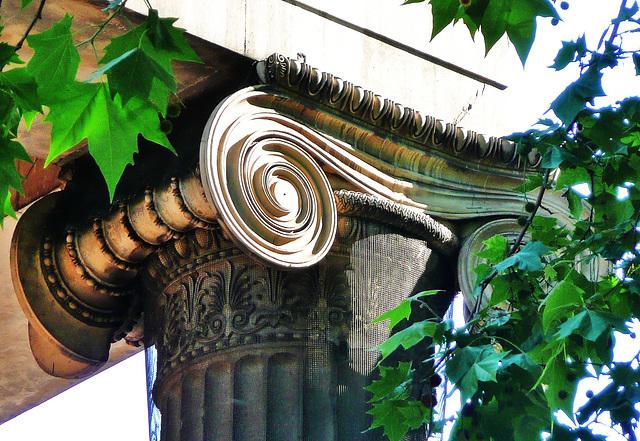 built 1819-22 by h.w. and w. inwood, inspired directly by the erechtheum in athens and its caryatids, here modelled by rossi in terracotta [ they had to have a slice removed at the waist as they were made too tall] to guard the gates of the vaults ,and with a tower based on 3 copies of the tower of winds. this was the most expensive church built in london since st.paul's cathedral, costing £77,000 or so, pugin hated it and it dated quickly, but was sufficiently novel to be copied for cape town's cathedral, now gone.
Suggested groups:
Comments