← Among Joe, Son of the Rock's photos

Filter:  All| Joe, Son of the Rock 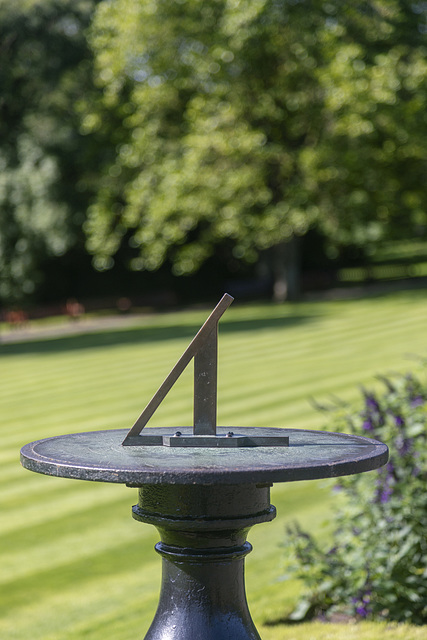 A sundial is a device that tells the time of day when there is sunlight by the apparent position of the Sun in the sky. In the narrowest sense of the word, it consists of a flat plate (the dial) and a gnomon, which casts a shadow onto the dial. As the Sun appears to move across the sky, the shadow aligns with different hour-lines, which are marked on the dial to indicate the time of day. The style is the time-telling edge of the gnomon, though a single point or nodus may be used. The gnomon casts a broad shadow; the shadow of the style shows the time. The gnomon may be a rod, wire, or elaborately decorated metal casting. The style must be parallel to the axis of the Earth's rotation for the sundial to be accurate throughout the year. The style's angle from horizontal is equal to the sundial's geographical latitude. Quoted from Wikipedia