Filter:  All| Joe, Son of the Rock 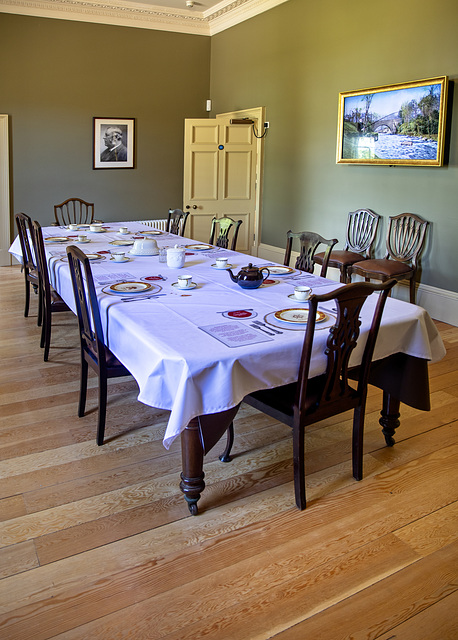 Moat Brae is a Georgian townhouse designed by Walter Newall in Dumfries, Scotland. It was built in 1823 in the Greek revival style. J. M. Barrie, creator of Peter Pan, played in the house and garden as a child from the ages of 13-18 whilst at school at Dumfries Academy. Barrie was later presented with the Freedom of the Burgh of Dumfries in 1924 and in his speech said "When Shades of night began to fall certain young mathematicians shed their triangles and crept up trees and down walls in an odyssey which was long after to become the play of Peter Pan. For our escapades in a certain Dumfries garden, which is enchanted land to me, were certainly the genesis of that nefarious work" Quoted from Wikipedia.

J.M. Barrie spent many hours playing fantastic games in the gardens at Moat Brae which he recorded in a ‘Log Book’, he probaby sailed with his friends up the River Nith where they often visited the Gordon brothers’ grandfather’s house. Quoted from The Peter Pan Moat Brae Trust website.

Thanks for your very kind comment, Herb. Cheers, Joe
18 months ago. | Permalink