View only Joe, Son of the Rock's contributions.
ACTIONS

View only Joe, Son of the Rock's contributions. 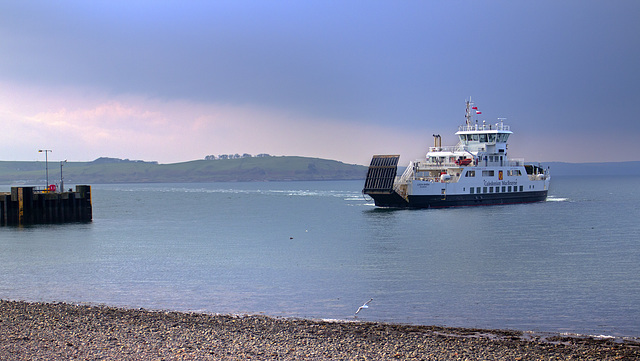 Largs is a town on the Firth of Clyde in North Ayrshire, Scotland, about 33 miles (53 km) from Glasgow. The original name means "the slopes" (An Leargaidh) in Scottish Gaelic. A popular seaside resort with a pier, the town markets itself on its historic links with the Vikings and an annual festival is held each year in early September. In 1263 it was the site of the Battle of Largs between the Norwegian and the Scottish armies. Quoted from Wikipedia.

Rosalyn Hilborne club
I also like the colours in the sky and the bird skimming the coastline. The ferry stands out beautifully. I also like your framing and interesting information. Cheers, Rosa.
17 months ago. | Permalink
Joe, Son of the Rock club has replied to Rosalyn Hilborne club
Thanks for your very kind comment, Rosa. Cheers, Joe
17 months ago. | Permalink