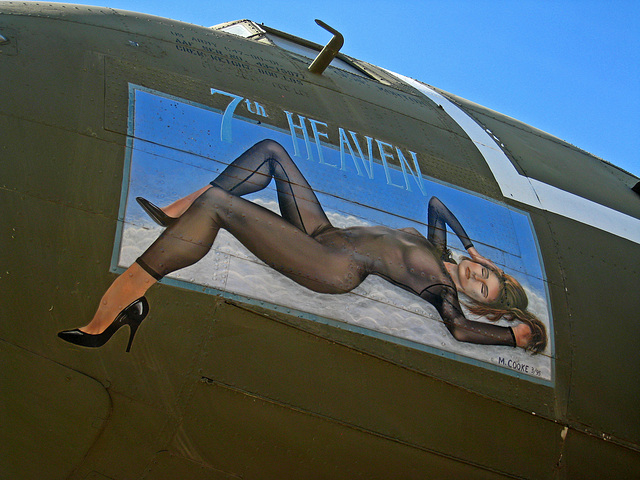 Commonly referred to as the "Gooney Bird," the C-47 was adapted from the Douglas DC-3 commercial airliner and used to carry personnel and cargo, tow gliders and drop paratroopers. It served everywhere there were U.S. Forces in World War II. Having great longevity, it was also used in Korea and Vietnam, where it took on an additional role as an attack aircraft, with three 7.62 mm Gatling guns, known as "Puff the Magic Dragon." It was called the Dakota by the RAF, which used them into the 1970s. C-47s were used extensively in the early stages of the Berlin airlift. It could carry 27 troops or 10,000 pounds of cargo.
CC BY-ND 3.0 Ron's Log Douglas C-47 Skytrain (3050)
Suggested groups:
Comments