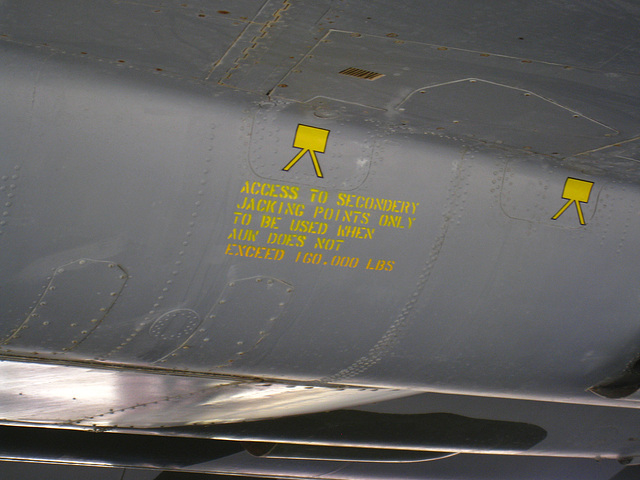 During post WWII modernization, Britain wanted an aircraft with speed, altitude and bomb-carrying ability equal to anything in existence. The Vulcan went into operation in 1952 and flew with the RAF until the 1980s, when it was replaced by the European-built Tornado. This plane at Castle Air Museum is the second version which became operational in 1960. The first bomber to use the delta wing, it had a maximum speed of 640 MPH, ceiling of 65,000 feet, range of 4,600 miles and bomb load capacity of 21,000 pounds. They were used in the Falklands war of 1982 and for a time held the record of the longest bombing raid in history. (Eclipsed during Operation Desert Storm in 1991). Some Vulcans were converted for strategic reconnaisance. This aircraft arrived at Castle Air Museum in 1981 and is on indefinite loan to the museum courtesy of Her Majesty's Government.
CC BY-ND 3.0 Ron's Log Avro Vulcan B.Mk 2 (2990)
Suggested groups:
Comments