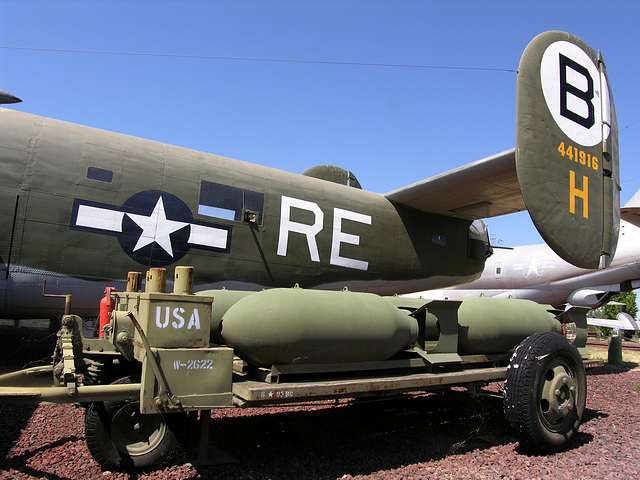 This version was the last produced by Consolidated Aircraft. The B-24 was the only combat aircraft to serve in every theater of operations in World War II. More Liberators (18,481) were built than any aircraft in history. B-24s were built in 5 plants, with over 8,000 built by Ford at Willow Run, Michigan. They equipped 45 bombardment groups plus several special squadrons in 1944 and 1945. Fully loaded with 8,800 pounds of bombs, they could fly 1,590 miles with maximum speed of 290 MPH and reach 28,000 feet. Most were out of service by the end of 1945,. The Indian Air Force used Liberators received from the RAF in maritime patrol service into the 1970s. The B-24 at the Castle Air Museum carries the markings of the 329th Bomb. Squadron, 93rd Bomb Group, 8th Air Force.
CC BY-ND 3.0 Ron's Log Consolidated B-24M Liberator (8337)
Suggested groups:
Comments