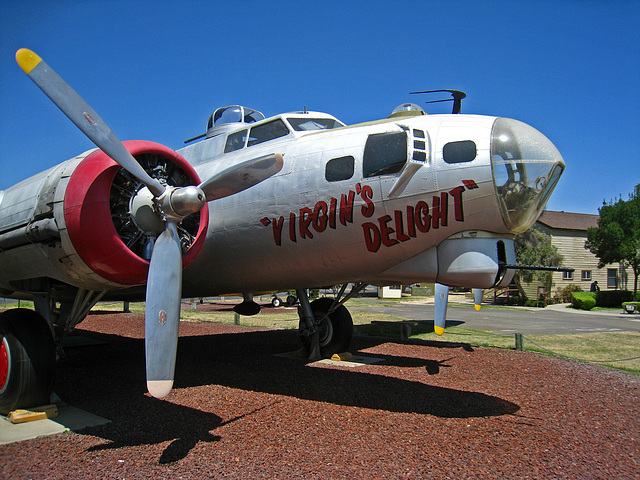 Probably Boeing's most famous bomber, the B-17 flew mostly out of England, equipping 26 of the 40 bombardment groups of the 8th Air Force, based in Italy. It will be forever associated with the Allied effort to defeat Nazi Germany. Until the advent of long-range fighter escort, many were shot down on daylight bombing missions over Germany. General Frederick W. Castle, for whom Castle Air Base was named, was shot down in a B-17 while leading the 8th Air Force on 24 December 1944. The aircraft was heavily damaged by fighter attack. He refused to jettison the bombs as he was over territory held by our forces. He was awarded the Congressional Medal of Honor (posthumously). The B-17 on display at Castle Air Museum last flew as a borate bomber at Tulare. It carries the WW II markings of the 94th Bombardment Group, 3rd Division, 8th Air Force.
CC BY-ND 3.0 Ron's Log Boeing B-17G Flying Fortress (3281)
Suggested groups:
Comments