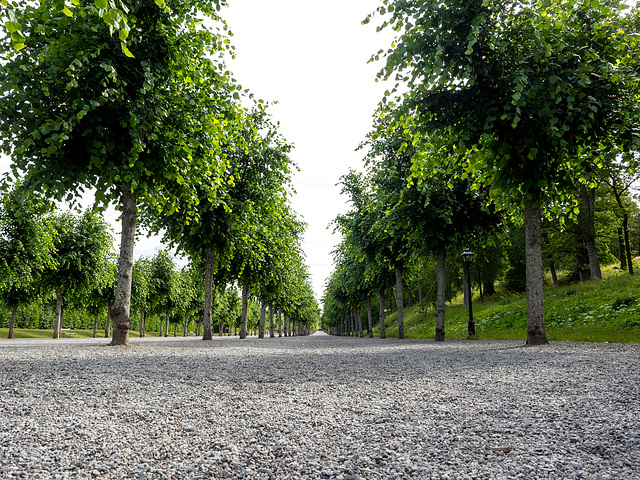 The name Drottningholm (literally meaning "Queen's islet") came from the original renaissance building designed by Willem Boy, a stone palace built by John III of Sweden in 1580 for his queen, Catherine Jagellon. This palace was preceded by a royal mansion called Torvesund.
Catherine Jagiellon (Polish: Katarzyna Jagiellonka; Swedish: Katarina Jagellonica, Lithuanian: Kotryna Jogailatė; 1 November 1526 – 16 September 1583) was a Polish princess and the wife of John III of Sweden. As such, she was Duchess of Finland (1562–83), Queen of Sweden (1569–83) and Grand Princess of Finland(1581–83). Catherine had significant influence over state affairs during the reign of her spouse, and negotiated with the pope to introduce a counter reformation in Sweden.

The road to infinity !
2 years ago. | Permalink