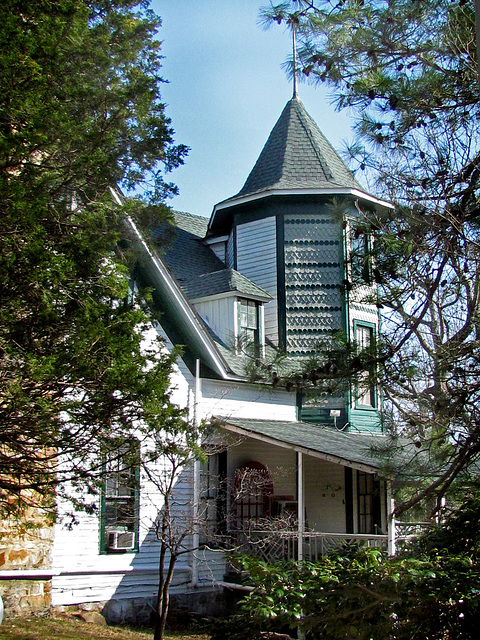 Built in 1884, and quite lavish in its day it went through some hard times. Extensively renovated in 2010 it reopened as a Bed and Breakfast place. Tragically, it burned to the ground on March 1, 2014 in a fire caused by a malfunction in an electrical panel. Mentone, Alabama (IMG_1005)

A couple of other views taken the year following this one Thank you.
6 years ago. Translate | Permalink

Thanks
6 years ago. | Permalink

Oh, that's horrible! It looks like it was a beautiful structure. I'm not much on B&Bs, but this would have been a perfect place for one.
6 years ago. | Permalink
Ceropegia club
has replied to Clint

It was. I had the good fortune to tour it after its extensive renovations were complete just before its reopening. The rooms were all unique and charmingly decorated. It was still somewhat rickety with uneven floors, oddly laid out floorplan, and lots of creaking. Mentone was the perfect place for it.

The fire not only took the hotel, but a huge antique shop behind, also in a rickety, creaky building, that was loaded with goodies. Haven't been up their since the fire, can't imagine the void. Fall will be a good time to go there to find out if the land is still vacant.
6 years ago. Edited 6 years ago. | Permalink