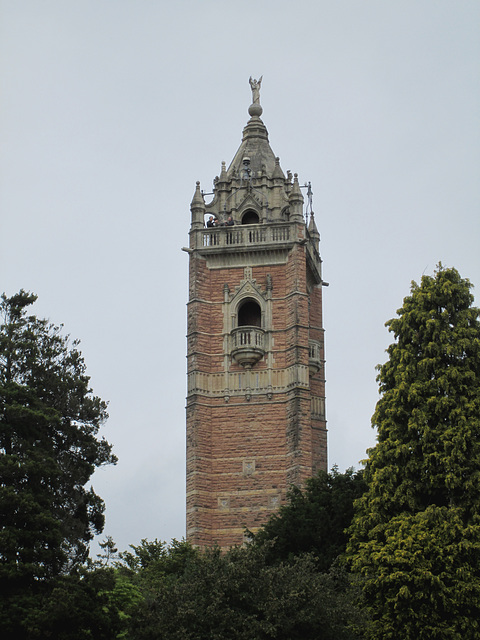 Built in 1897 and opened on 6 September 1898, it commemorates the four hundredth anniversary of John Cabot’s voyage of discovery to America in 1497, when he set sail in the Matthew in search of a new route to Asia. It was designed by the Bristol architect William Venn Gough, (who claimed that the design was based on a tower in the Loire in France) and was paid for by public subscription. The tower is made of red sandstone dressed with cream coloured Bath stone. The winged figure on top of the spires represents Commerce. It is set 260 feet above the harbour and the tower is 105 feet high. The tower is a landmark that can be seen from many parts of the city and at night its beacon flashes a message in Morse Code. (whatsonbristol.co.uk)