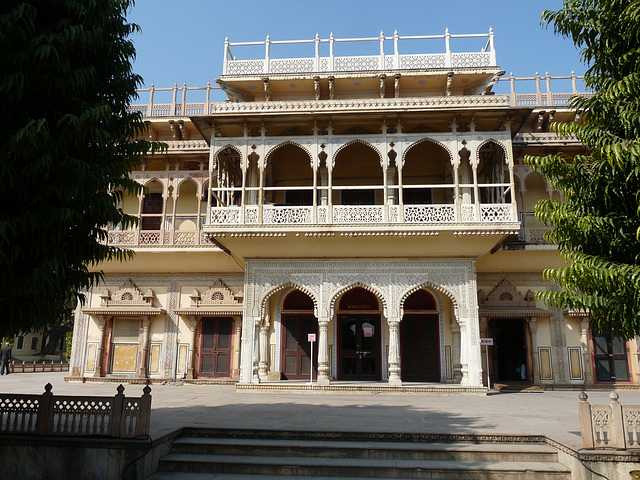 Mubarak Mahal, meaning the 'Auspicious Palace', was built with a fusion of the Islamic, Rajput and European architectural styles in the late 19th century by Maharaja Madho Singh II as reception centre. It is a museum; a fine repository of variety of textiles such as the royal formal costumes, sanganeri block prints, embroidered shawls, Kashmiri pashminas and silk saris as part of the Maharaja Sawai Man Singh II Museum. A noteworthy display here is of the set of voluminous clothes worn by Sawai Madhosingh I, who was 1.2 metres (3.9 ft) wide and weighed 250 kilograms (550 lb) but interestingly had 108 wives. (Wikipedia)
Suggested groups:
Comments