.. all photos taken by Peggy C 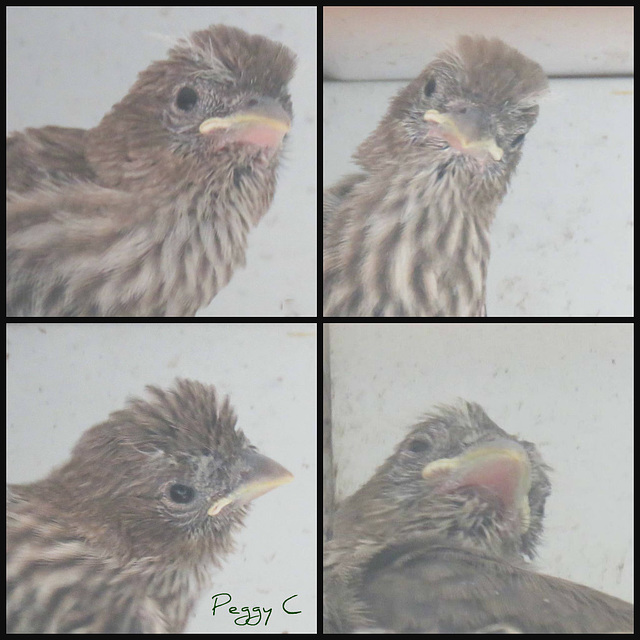 One of the House Finch fledglings .. He doesn't mind having his photo taken .. Got to love those feathers ! 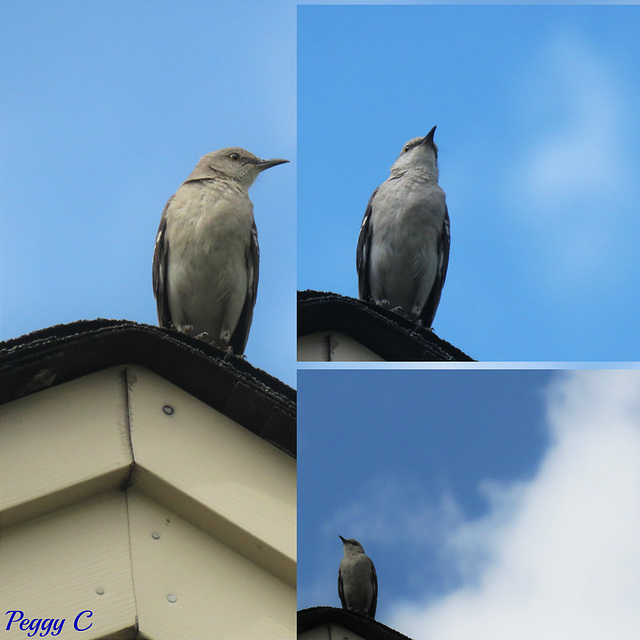 Northern Mockingbird on a rooftop next door .. No singing .. Observant .. 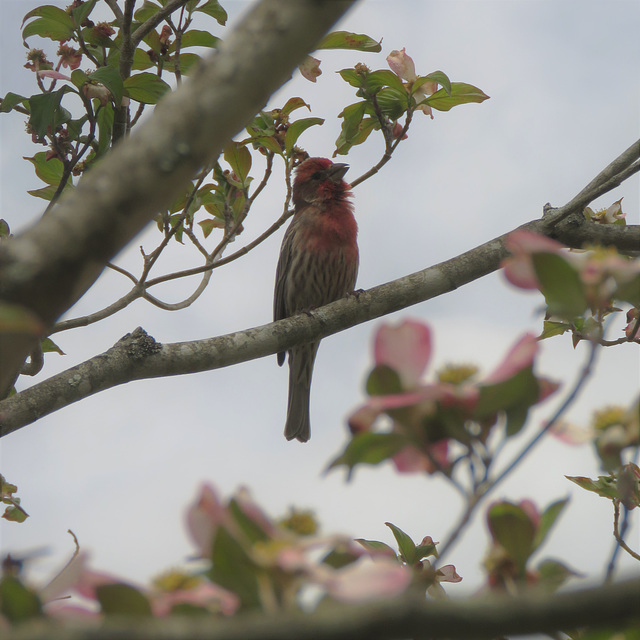 House Finch [m] looks as though he is singing - No .. warning me that I have entered 'his space' - This Dogwood is his favorite spot to let me know - At times, he will sing beautifully - Not this time - There are at least 3 recently hatched 'kids' nearby - I'm not allowed visitation - Period ! 1 PiP 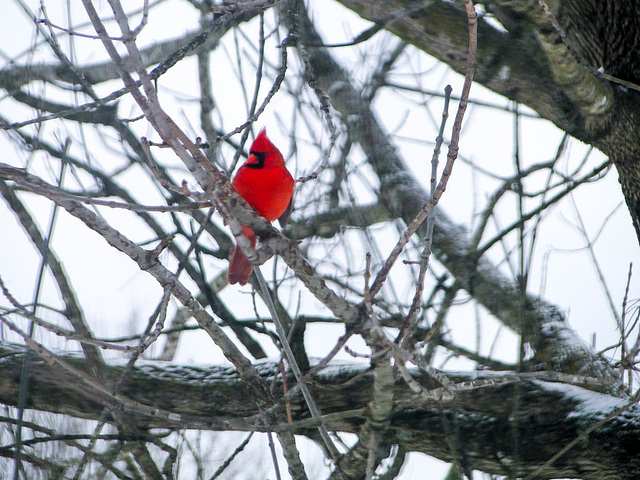 Cardinal in the White Ash tree .. How brightly those red feathers appear with the winter colors around him .. Taken in 2016 by my daughter when she came for a visit [ from Montana ] "Sometimes you will never know the value of a moment, until it becomes a memory." Dr. Seuss 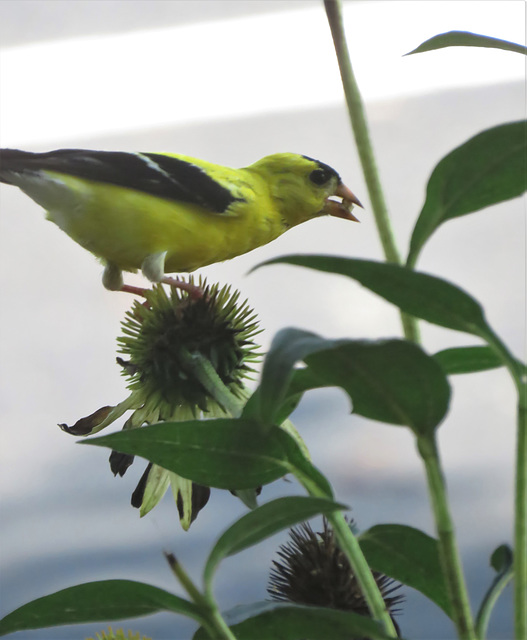 Mr Goldfinch and I .. he was hungry finding seeds .. once in awhile glanced at me .. especially when I moved the car .. but, when he was finished .. as he flew a way .. in his own 'language', I heard "see you later" .. at least that is what I imagine.. Taken at City Park .. 3 PiP of Goldfinch 1 PiP of dinner 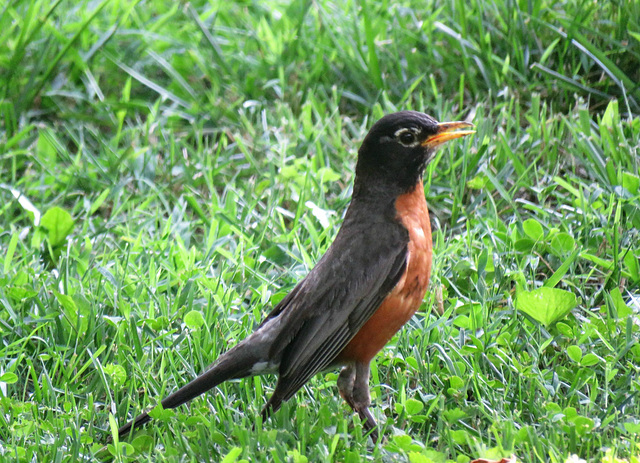 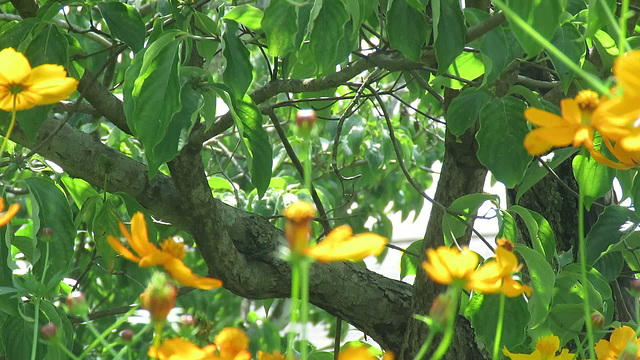 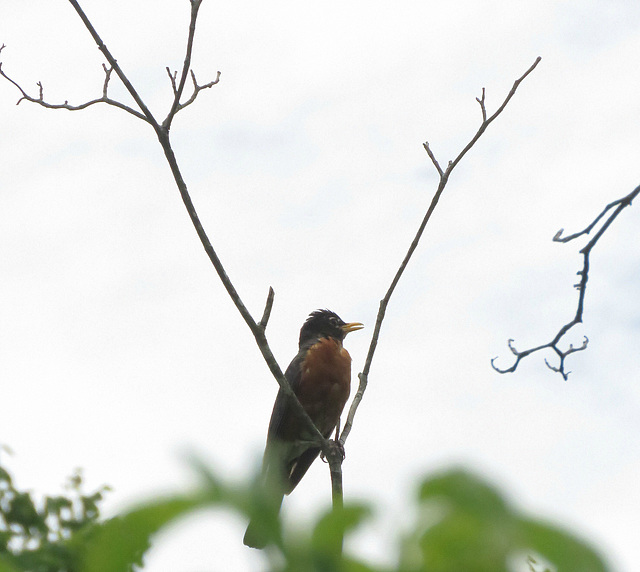 American Robin .. (Turdus migratoris) .. per Kaufman Field Guide to Birds of North America .. The Robin has a "rich, cheery song - beginning before dawn Don't know if the PiP is the same Robin .. [ photo taken 29 June ] But, both were in great song ! * PiP * -- EXPLORE -- 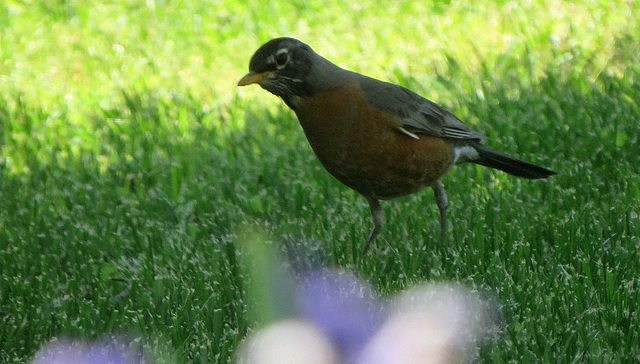