..since Dragonflies/Damselflies & Mosquito hawks had no home, this shall be where we can find them

.. now home to the Clearwing Moths

Zebra Long Tailed Swallowtail
(black and white with some red)

© All rights reserved
- from August 2013 on - will find most in Central North Carolina .. older photos found in my yard .. around town .. Central Florida, USA .. ..since Dragonflies/Damselflies & Mosquito hawks had no home, this shall be where we can find them .. now home to the Clearwing Moths .. butterfly / moth list from 2013-2016 - 2017 NC only - Admiral Red - American Lady - American Sn…  (read more)
View on map
OpenStreetMap Center Close 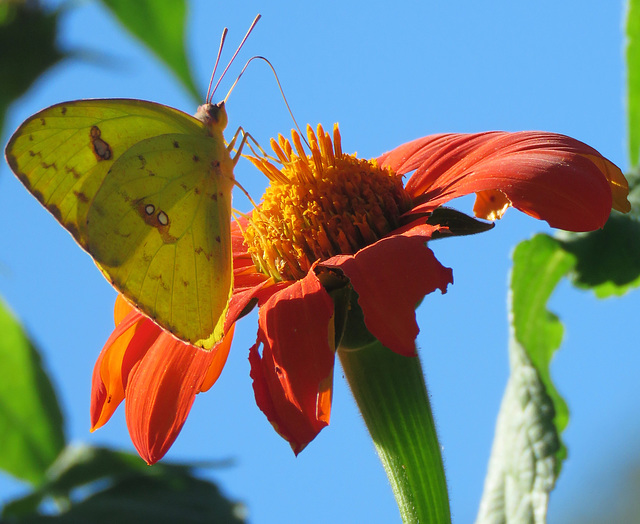 Cloudless Sulpher {Phoebis sennae} - often called a Common Sulpher -- Kaufman's Field Guide states "flight is often strong and rapid - So true ! Had to wait quite awhile for it to settle long enough to get off some shots - Worth it, though ! 4 PiP - EXPLORE / GALLERY - 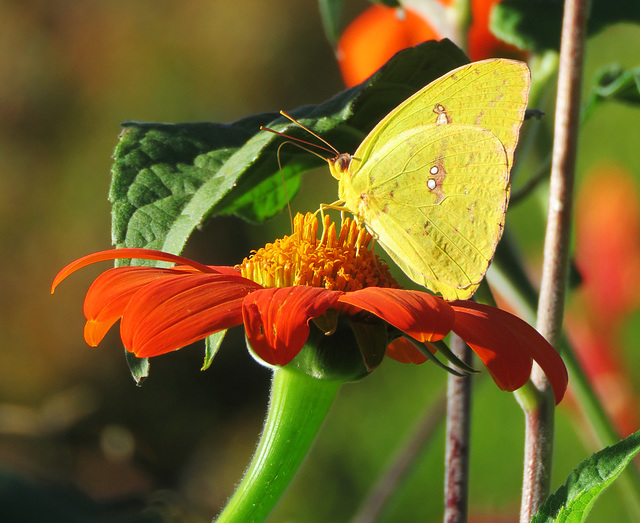 Cloudless Sulphur butterfly .. usually flit around here and there .. catch a shot when they pause! For a moment .. Mexican Sunflower .. in the Down The Road Garden .. NotMyGarden .. planted yearly by .. Bob-The-Gardener .. Thank you, Sir ~ 1 PiP 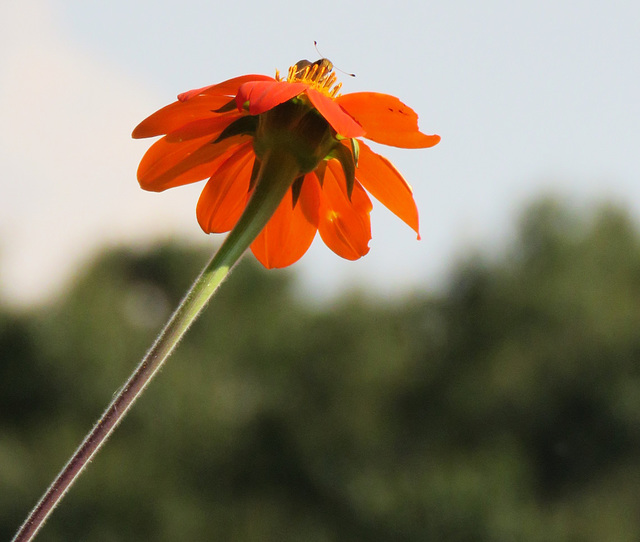 A SKIPPER JUST PEEKING OVER THE TOP OF A FLOWER .. AS THOUGH NO BODY CAN SEE HIM .. YET HE CAN SEE US .. A MEXICAN SUNFLOWER AT THE DOWN THE ROAD GARDEN .. NMG - Not My Garden .. A JOYFUL SPOT ON THIS EARTH .. 1 PiP plants.ces.ncsu.edu/plants/tithonia-rotundifolia 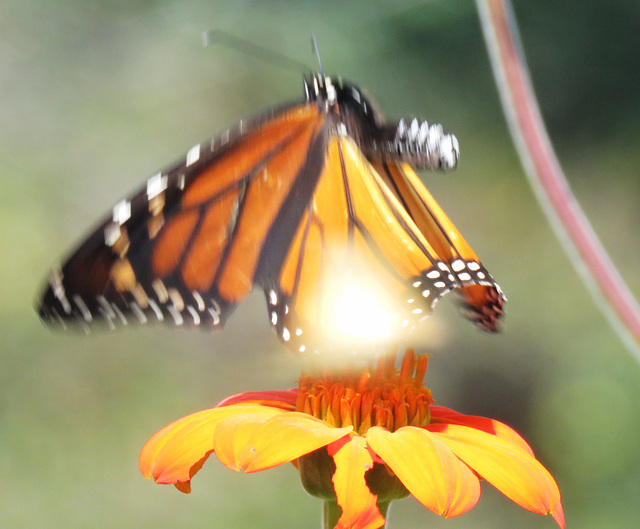 - after a very slow year of finding butterflies - on the 29th September 2021 - Down the Road - at NotMyGarden - 3 [ three ] Monarchs were on Mexican Sunflowers - a few Skippers - but what amazed me were the Monarchs - most of North Carolina has had very low counts - regardless of the types of butterflies seen or the are of the State - they will be recorded in this site by years end Butterflies of North Carolina by Harry LeGrand and Tom Howard auth1.dpr.ncparks.gov/nbnc/a/accounts.php 5 PiP 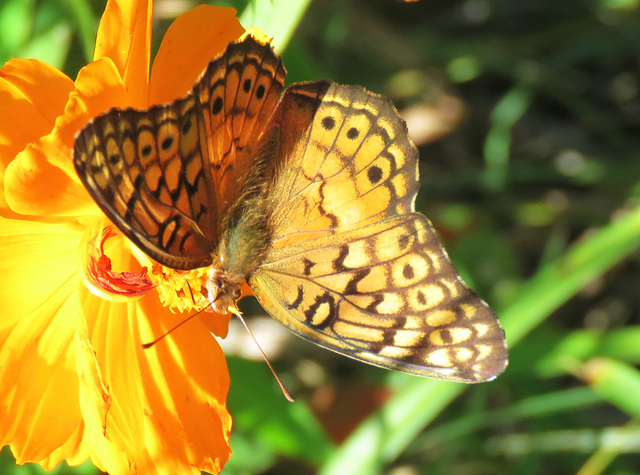 Great to see you !

Variegated Fritillary ( Euptoieta claudia ) - 1st of this year -2021- Usually land on a flower and stay put - Enjoying a feast - Not this one - This flutterby went from flower to flower - Sometimes landing - At times - not - Still did my usual 'butterfly hunt mode' - Don't follow them - All of them are faster than us - Observe the flowers they land on - Plant yourself nearby - They return - At times you can get bunches of shots from one butterfly & a flower - Without moving the camera much - My camera has the option of totally turning off any sounds - Though I know of cameras where it can only be turned down - Have always thought the designer of 'not turning off sound' - Didn't know the first thing about butterflies, wading birds, etc. - Shall we hold classes for them ? 3 PiP 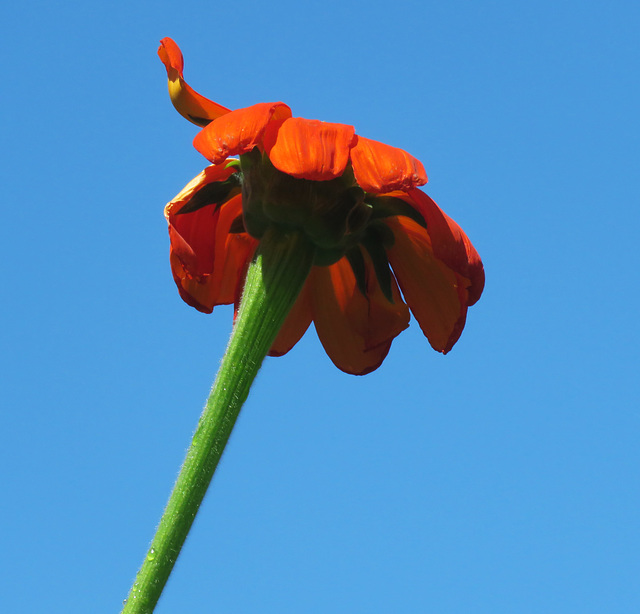 Down The Road - NotMyGarden NMG - Mexican Sunflower Against a Clear North Carolina Sky - BUT, Check The PiPs - Monarch Butterfly - The Same One - The ONLY One - Thank You For BEING There - When I Was There ! 3 PiP 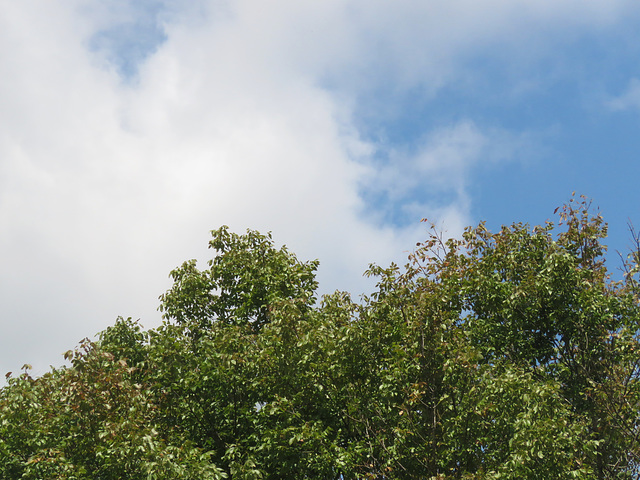 - against a North Carolina sky - of light blue - with 'white puffy thingys' - called that by a friend across the pond - gradually green turns to Fall colors - except those that rain down to the Earth - a Wise Peaceful Soul - we talk daily 5 PiP en.wikipedia.org/wiki/Carpenter_bee 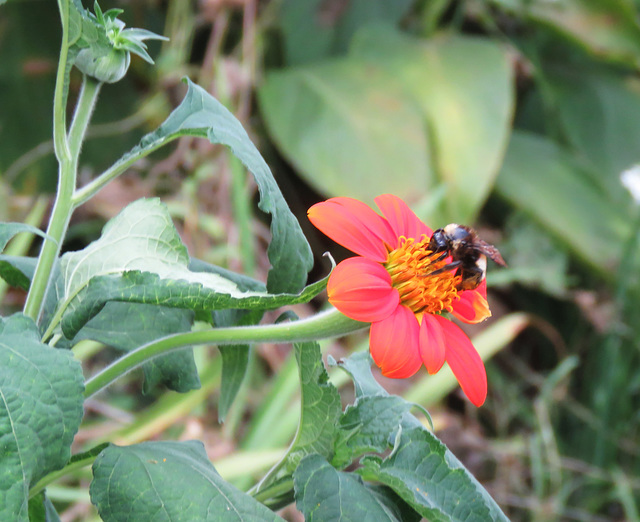 A SOLO BEE - GATHERING POLLEN - NO IDEA HOW FAR HE WILL FLY - BACK TO THE HIVE - A FRIEND IN THE NORTH CAROLINA MOUNTAINS - RAISES BEES - RANDY SAID, "IF YOU WANT TO COME SEE THE HIVES, LET ME KNOW. I'LL GIVE YOU THE CORRECT OUTFIT TO WEAR." IF YOU HAVE EVER SEEN PHOTOS OF BEEKEEPERS IN WHITE - THAT IS WHAT RANDY WAS TALKING ABOUT - ONE NEVER WEARS DARK CLOTHING AROUND THE HIVES - NEXT TIME I'M OVER THAT WAY - THINK I'LL VISIT THE BEES.. 5 PiP en.wikipedia.org/w/index.php?title=Waggle_dance&oldid=1046094194 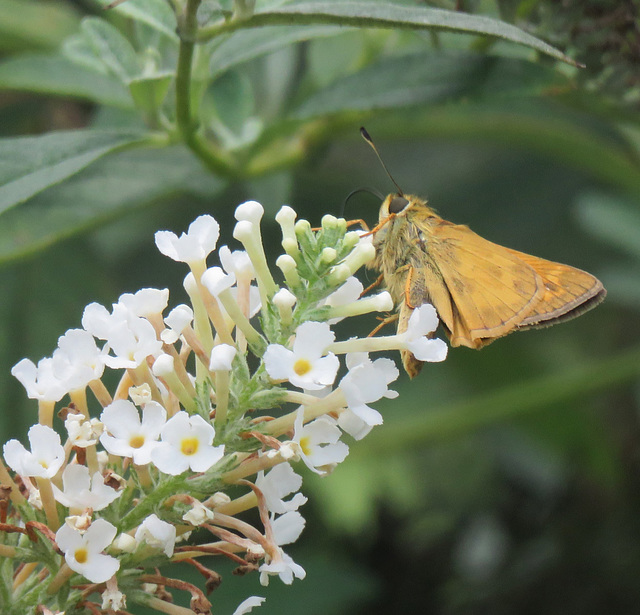