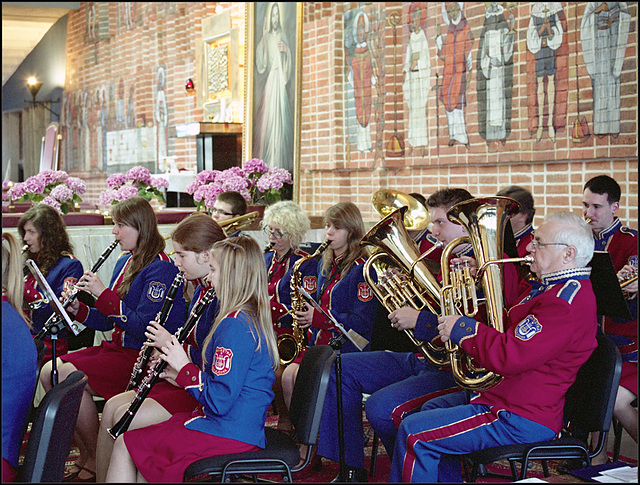 The Constitution of 3 May 1791 was Europe's first, and the world's second, modern written national constitution.

It is 229 years since it was adopted by the Great Sejm for the Polish–Lithuanian Commonwealth, a dual monarchy comprising the Crown of the Kingdom of Poland and the Grand Duchy of Lithuania.
3 May was declared a Polish holiday (Constitution Day—Święto Konstytucji 3 Maja) on 5 May 1791 (on the day the Constitution was registered). The holiday was banned by oppressors (during the partitions of Poland, during World War II by both the Nazi and Soviet occupiers, then by communists ruling Poland until 1989) and reinstated several times. Now we celebrate it again. Only this year it is different...

This is the Youth Brass Band of Sulejówek giving a concert 7 years ago in our local church.

The text of the Constitution (translated into English) is here:
en.wikisource.org/wiki/Constitution_of_May_3,_1791

And Mazurka to listen:
www.youtube.com/watch?v=QkopQp9Z5Ic

Thanks for the youtube-link.
18 months ago. | Permalink

Beautiful colors and depth of field.
18 months ago. | Permalink