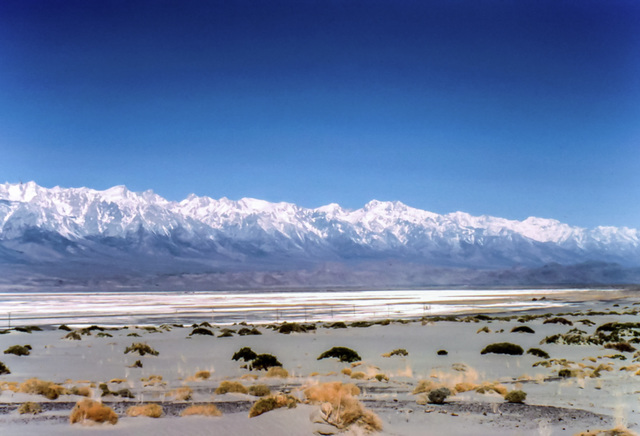 Owens Lake is a mostly dry lake in the Owens Valley on the eastern side of the Sierra Nevada in Inyo County, California. It is located about 5 miles (8.0 km) south of Lone Pine, California. Unlike most dry lakes in the Basin and Range Province that have been dry for thousands of years, Owens held significant water until 1924. Much of the Owens River was diverted into the Los Angeles Aqueduct, causing Owens Lake to desiccate. Today, some of the flow of the river has been restored, and the lake now contains some water. Nevertheless, in 2013, it is the largest single source of dust pollution in the United States.

From Wikipedia, the free encyclopedia

Don Barrett (aka DBs… club
Thank you for adding this to the Environmental Commentary group, and look forward to more.
6 years ago. | Permalink