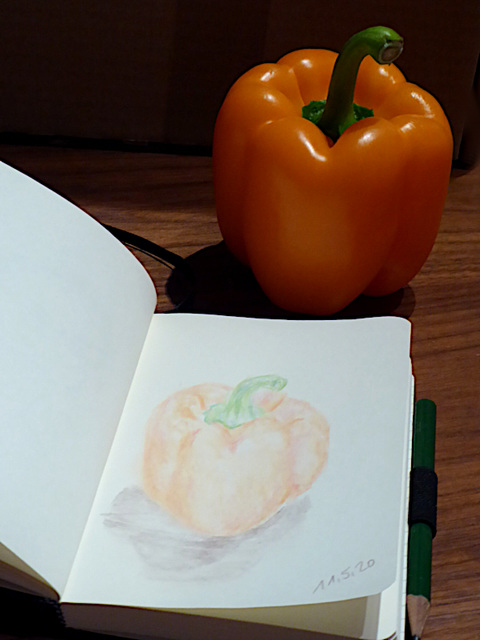 OK folks, the sand in my hourglass is already running low, so I don't think I'll post pictures of bell peppers and salt dispensers for the next three years, but maybe a few... so here's my first approach at a "living" bell pepper (instead of drawing from a photo) which happened to sit in the kitchen, waiting to be discovered as a model.

Bee Nee, malona, Tanja - Loughcrew and 2 other people have particularly liked this photo