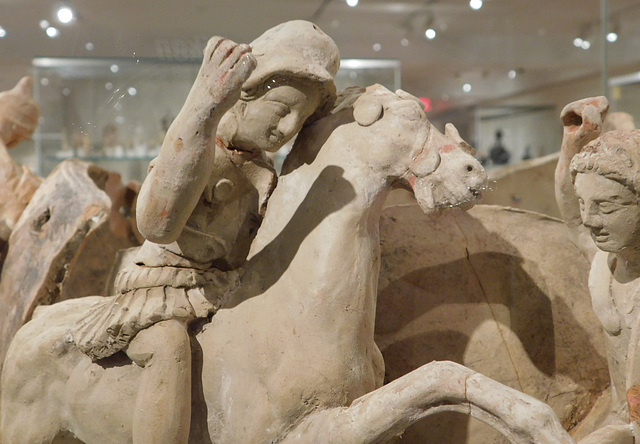 This is one of four reliefs with two-figure compositions depicting a combat between two warriors, likely a Gaul and a Greek. Several reliefs probably decorated a large funerary jar. They rested on a shelf-like projection from the body of the vase and were secured by dowels through the holes in the plaque. In this episode, one rider has fallen creating a contrast between the rearing horse and the three enmeshed figures behind him.