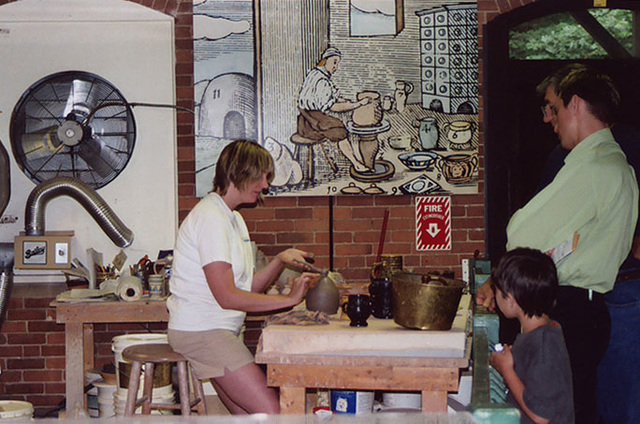 Plimoth Plantation is a living museum in Plymouth, Massachusetts that reconstructs the original settlement of the Plymouth Colony established by the Pilgrims.

The museum was started in 1947 by Henry Hornblower II (November 5, 1917-October 23, 1985), a Boston stockbroker with childhood ties to the Plymouth area. Because none of the structures and few artifacts from the 1620s survived, Hornblower, an amateur archaeologist, established the museum as a proxy. Beginning with a "First House" exhibit where the Mayflower II is currently docked, it was expanded to today's nearby fortified village by the 1950s.

The Pilgrim village is a speculative recreation of the settlement as it would have appeared about 1627. In this section of the museum, interpreters have been trained to speak, act, and dress appropriately for the period. The village approximates the assumed layout of the original, which is generally accepted to have been built 2.5 miles (4 kilometers) to the northwest, along today's Leyden Street.

Alongside the settlement is a recreation of a Wampanoag homesite, where modern Native People from a variety of nations (not in period character, but in traditional dress) explain and demonstrate how the Wampanoags' ancestors lived and interacted with the settlers.

The grounds also include Nye Barn, where historical breeds of livestock are kept; a crafts center where many of the objects used in the village exhibit are created; and visitors' center with indoor exhibits and educational programs.

The Mayflower II, docked near Plymouth Rock, is also under the care of the museum.