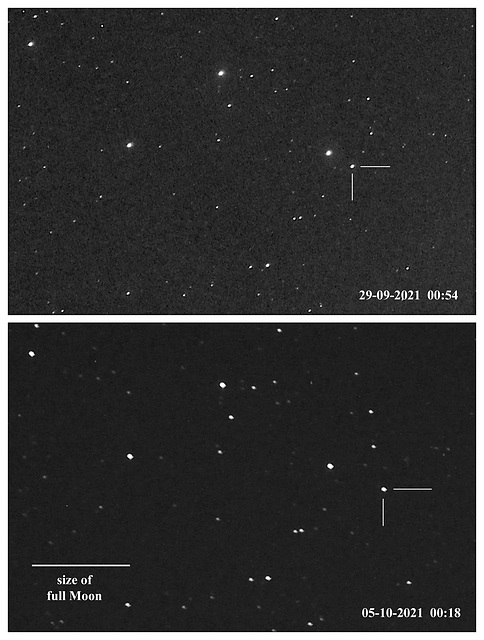 Two pictures of Neptune, showing the movement of this planet. The Pip shows the Fraunhofer telescope with which Galle observed the planet Neptune in 1846. This telescope is at the Deutsches Museum in München.

Neptune is not known to be visible to the unaided eye and is the only planet in the Solar System found by mathematical prediction rather than by empirical observation. Unexpected changes in the orbit of Uranus led Alexis Bouvard to deduce that its orbit was subject to gravitational perturbation by an unknown planet. After Bouvard's death, the position of Neptune was predicted independently, by John Couch Adams and Urbain Le Verrier. Neptune was subsequently observed with a telescope on 23 September 1846 by Johann Galle within a degree of the position predicted by Le Verrier.