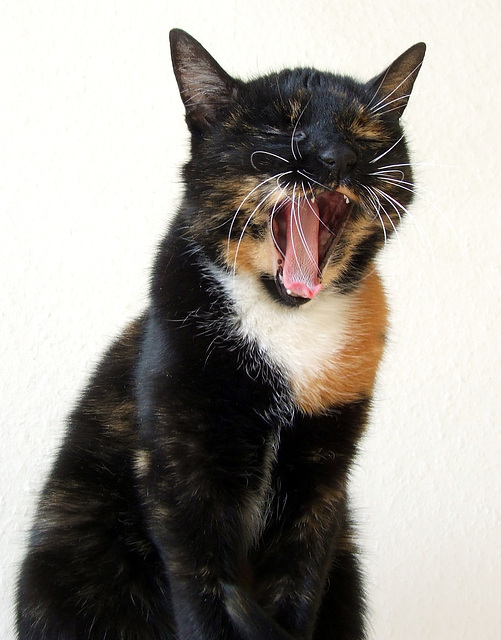 What would be Ipernity without the typical cat-portraits?
And so there is one of my two cats - called Noisy - and sometimes like a diva, like a typically bitch. But she's even lovefully cause she is tendentiousness - but what could you do? She's a CAT! And cats should have a strong nature.

An acquaintance who hear that my first cat called Pauli (a siam) died wrote me an email to ask if I would take another cat now - and I said yes - bought she to me a few mounths after Paulis dead - she was 12 weeks old and living there since then.

With these bitch-like she was the totally opponent like my other cat called Rocky - don't ask why I call him Rocky in this case - he was the totally opposite which you could thought if you hear the name of him. He's far from it - he's the king of the cats, majestetic - he think so - but Noisy just jawn when she see him... As I said, she's a bitch. A lovely one, but still a bitch. ;-)

Oh yeah, sleeping is something she really loved. Thank you all for your kind comments. :-)
7 years ago. | Permalink