← All with: Kieran Turner 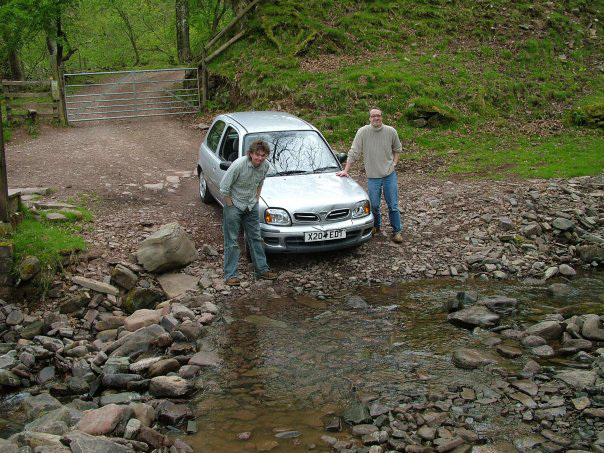 I don't as a rule post photos by other people here — it's just not how flickr works, I feel. But since I "set up" this shot, I think I'll let it slip through and chalk it up as one for the "production team"!

This little Nissan Micra (the 6th most reliable car of 2007, I'm told, though I had to point out that's the next generation...) is going to get us to Mongolia. Yeah, it is. Sump guard and petrol tank guard currently being welded on!

Taken in the Brecon Beacons National Park where we tested out our navigation and camping skills with three other Mongol Rally teams :)
Suggested groups:
Comments