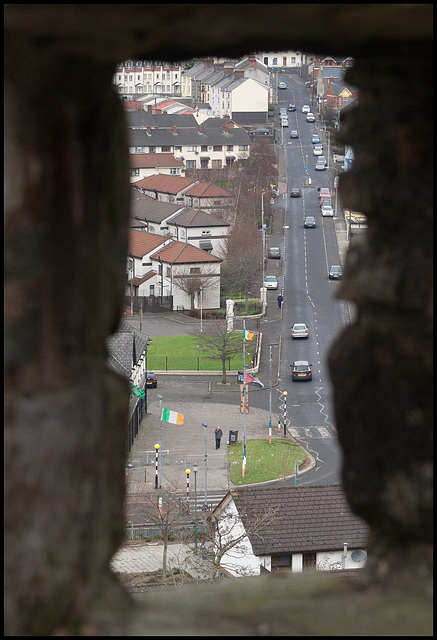 Just along the road from the site of Bloody Sunday, in the Bogside in Derry. (flickr's Yahoo map locates this as Londonderry. As with Kosova / Kosovo, I prefer to use a name for a place that is used by its inhabitants, thus different parts of this town would reasonably be called one or the other.) The title is because this is one of the points from where British soldiers shamefully shot and killed innocent children from the Catholic community.

Note the Palestinian flag flying between the two Irish ones. In the community there's a sense of identity with another occupation. In the Union-flagged Protestant parts of this town, there were commensurate Israeli flags to be seen.
Suggested groups:
Comments