← All with the keyword: faces
← Those by: Kieran Turner 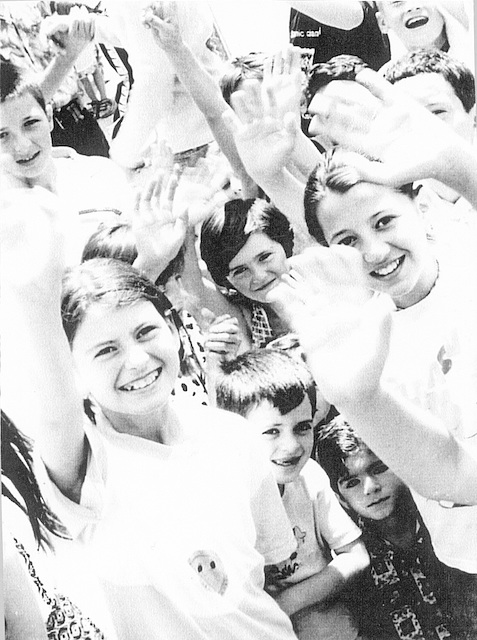 This is one of Suzi's, from our July/August 1999 trip to Kosova. I don't like to upload photos that aren't by me, but I've wanted to refer to this one a couple of times, and it just makes life so much easier to have it here! :)

The kids in the photo lived around the house of Valon, our friend who looked after the whole bunch of we convoyers. Every morning they'd be first up, and waiting to pounce when we emerged, and we'd sit for a while drawing pictures, swapping language, and eventually these were the kids who I asked to paint their messages over the side of Truck, in reply to the messages painted on the other side by kids from Aberdeenshire.
Suggested groups:
Comments