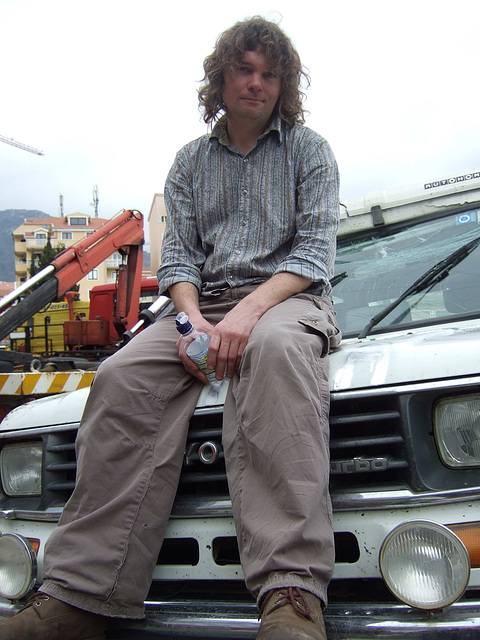 It's hard to know what to say about this. I've done the impossible, and what Jeremy Clarkson couldn't: killed a Toyota. I dearly wish this had happened in the UK so we could have had it properly investigated but the best I can do is say that a driveshaft appeared to shear clean off. Thank heavens for RAC International.

This photo is from the set "Albania — Jane's photos", all of which are from the Aid Convoy preliminary trip to Bathore / Kamza, near Tirana, Albania, where we resurrected our project there.

This set – readily identified by the lack of a black border around each photo – shows photos not taken by me, but by my colleague Jane. I don't normally upload other people's photos but these are here to complete the story when seen in conjunction with mine (with black borders), in the "Albania 2010" set.
Suggested groups: