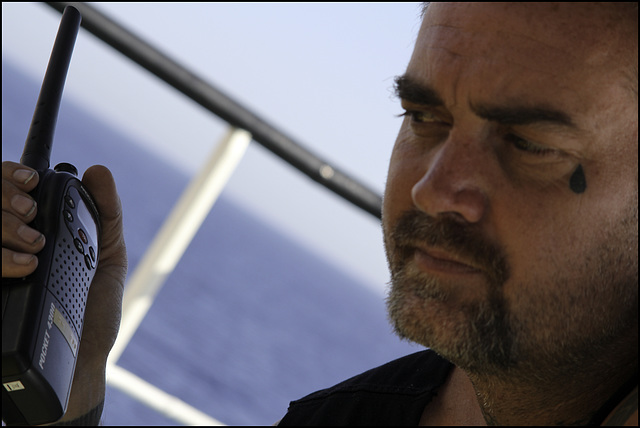 It's been reported elsewhere, and I don't want to write too much here until legal proceedings against the owner and captan are completed, but in short, a group from our humanitarian aid convoy, including myself, were kidnapped! Here we see the VHF radio we managed to find, with which we sent out our SOS!