Not by Me Not by Me 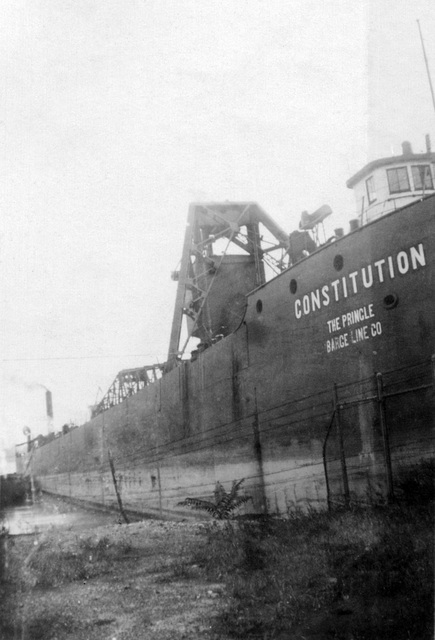 Constitution was launched at West Superior in 1897 and lengthened in 1905; she was the first Great Lakes barge to be lengthened and the first equipped with steam mooring winches. The self-unloader was added in 1926, and she was scrapped after a long career in 1966. Oglebay Norton absorbed the Pringle fleet shortly after this photo was taken, but kept the vessel in Pringle colors.

John Greenwood's Namesakes 1956-1980 tells me she was named after the retired Navy frigate, not the nation's foundation document. Greenwood, whose writeups are usually relentlessly factual (though often a bit odd), had a soft spot for this ship.

Constitution seems to have spent much of her career based in Toledo, hauling coal to lower lakes ports.