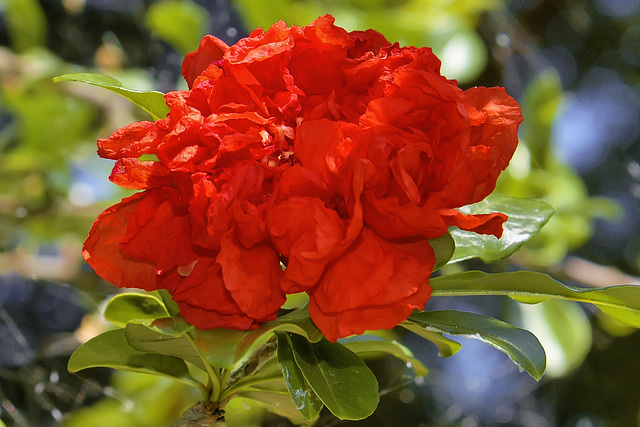 Wormwood leaves were once used in the liqueur called abstinthe which originated in the Swiss canton of Neuchâtel.

Owing in part to its association with bohemian culture, consumption of absinthe was opposed by social conservatives and prohibitionists who portrayed it as a dangerously addictive psychoactive drug. The chemical thujone, present in small quantities, was blamed for its alleged harmful effects. By 1915, absinthe had been banned in the United States and in most European countries including France, the Netherlands, Belgium, Switzerland and the Austro-Hungarian Empire. Although absinthe was vilified, it has not been shown that it is any more dangerous than ordinary spirits. Its psychoactive properties, apart from those of alcohol, have been much exaggerated.

These days,wormwood is used in small amounts only to flavour such alcoholic drinks as vermouth. The word "wormwood" reflects its traditional use as a cure for intestinal worms. Consumption of the herb is thought by some to help induce lucid dreaming.
Suggested groups:
Comments