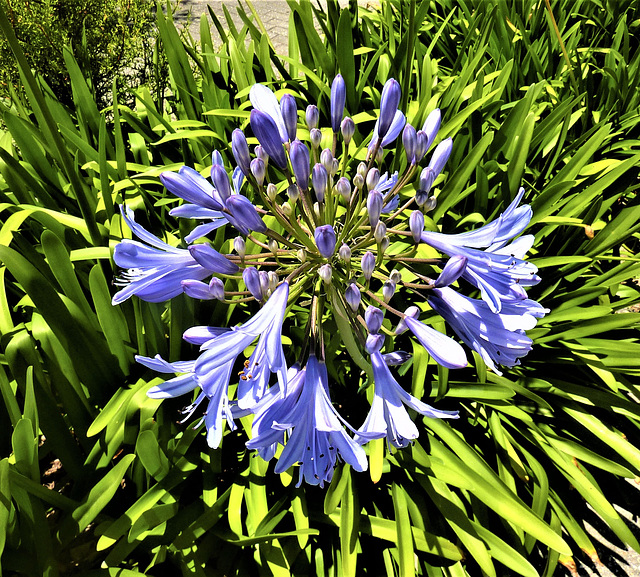 Agapanthus is a genus of herbaceous perennials that mostly bloom in summer. The leaves are basal, curved, and linear, growing up to 60 cm (24 in) long. They are rather leathery and arranged in two opposite rows.
Some species of Agapanthus are commonly known as lily of the Nile, or African lily in the UK. However, they are not lilies and all of the species are native to Southern Africa (South Africa, Lesotho, Swaziland, Mozambique), though some have become naturalized in scattered places around the world (Australia, Great Britain, Mexico, Ethiopia, Jamaica, etc.).

©UdoSm, Berny, RHH, kiiti and 12 other people have particularly liked this photo

Admired in:
www.ipernity.com/group/tolerance
17 months ago. | Permalink

These flowers have become very popular in recent times for an obvious reason.
17 months ago. | Permalink

Thank you for posting in the group
www.ipernity.com/group/magicalsunlight
17 months ago. | Permalink