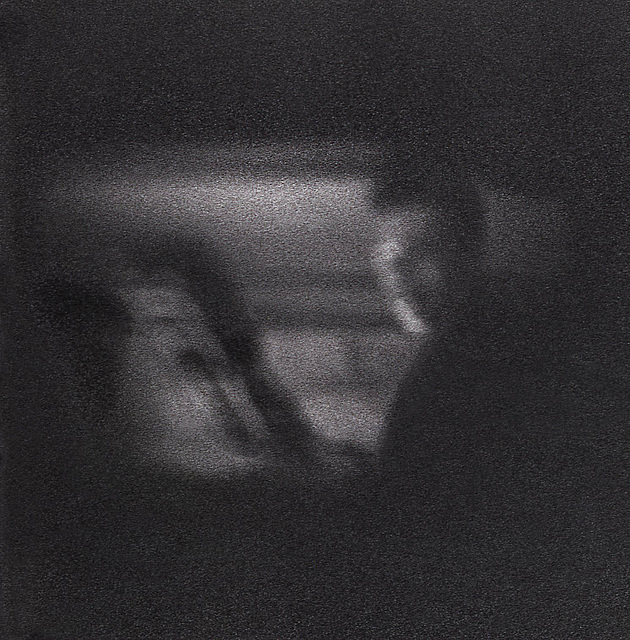 This is Arnold Schwarzenneger in Terminator 2 - Judgement Day. Shot with the camera pointed at the television screen while the movie played. This was taken with my earlier Instamatic X-15, the one with the original Kodak logo.

This was the first frame I tried in the camera and I used some cut-down Kentmere 100 35mm film. After I had developed it, I realized what had happened - the negative slipped over a little and wasn't firmly in place. That's why it ended up so horribly out of focus. I tried it a second time, placing a thin piece of cardboard over the negative to hold it flat and in place. That one turned out much, much better. As soon as it dries, I'll scan it and post it.