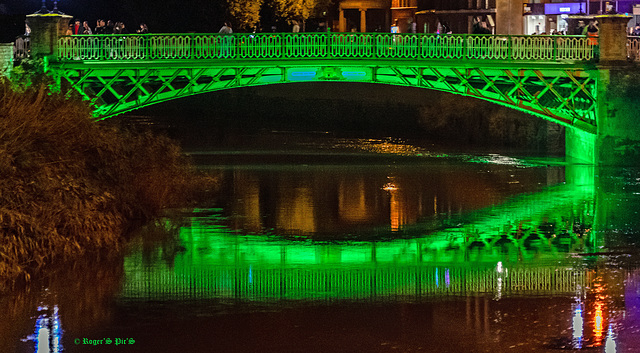 This is the oldest of Bridgwater's five bridges across the River Parrett, Known as the "Town Bridge" this was erected in 1883 at a cost of £3,214 and replaced earlier stone and wrought iron versions, The all year around lighting has a colour change sequence that changes every minute or so. Shot in 16.9 format. HFF 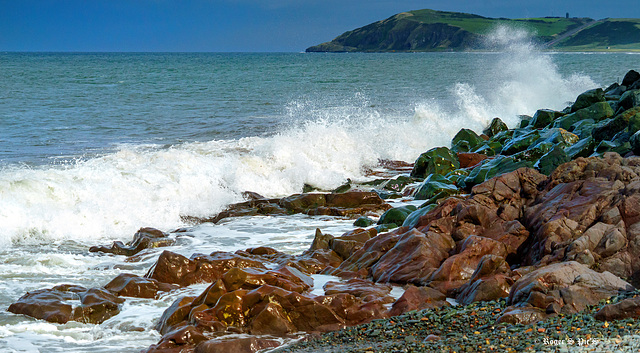 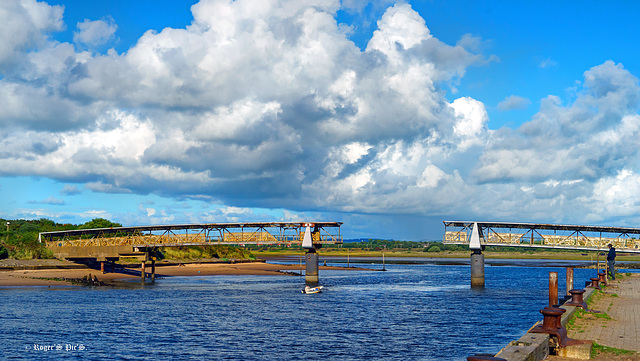 The Telescopic "Bridge of Scottish Inventors" was a footbridge to serve an exhibition center built on the site of an old dynamite factory at the southern tip of the Ardeer peninsula in North Ayrshire it was opened in 2000 and closed after just 3 years due to low visitor numbers, the bridge has been locked in the open position to allow shipping to pass, Another image in 16.9 format so a large view may be beneficial, HFF and a good but safe week, 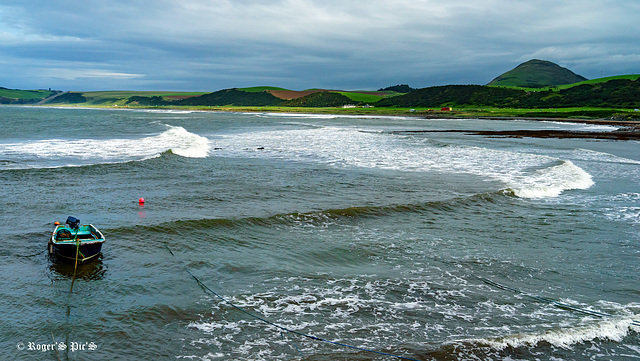 Traffic on the A77 South Western 300 Coastal Route can steal a glance or two as the waves roll in from Firth of Clyde and into the sheltered moorings at the attractive coastal village of Ballantrae on the Carrick Coast in South Ayrshire, The conical hill on the right of the image is the 270m Knockdolian Hill and far left the A77 steep climb up to Bennane Head. I think this possibly looks better large. 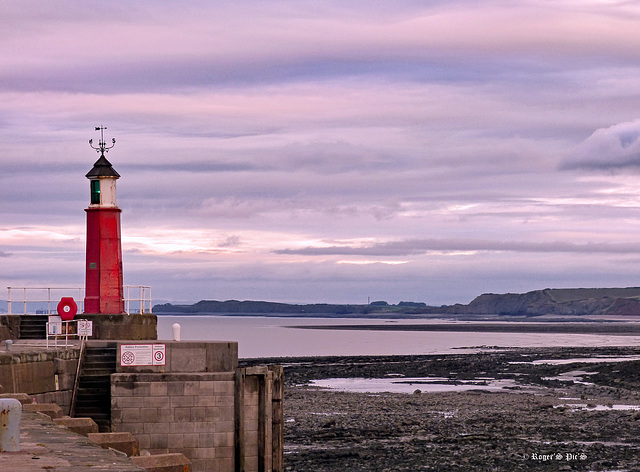 The habour entrance lighthouse late on an autumn afternoon during low tide at Watchet on the West Somerset coast, HFF and take care 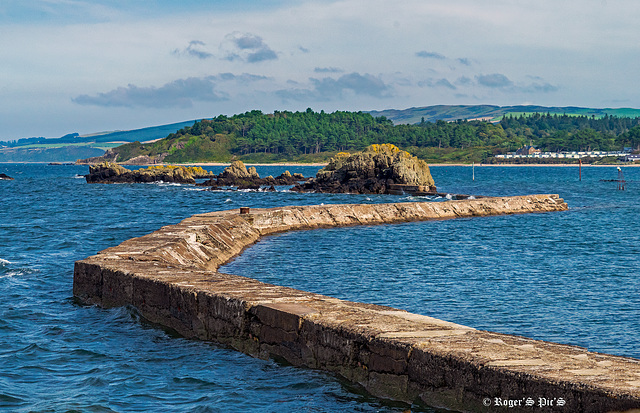 Harbour protection at Maidens on the Ayrshire Coast, The harbour date from the early 1900s and is owned and managed by a local harbour trust/. 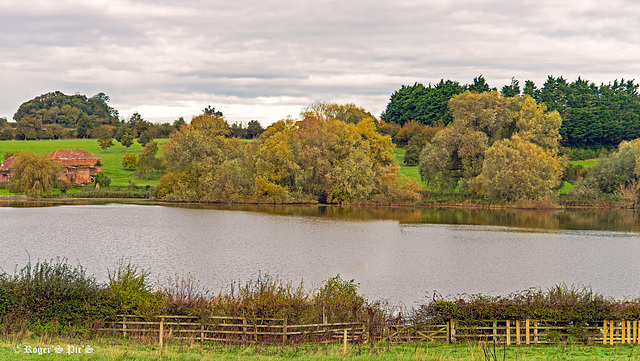 Enough breeze to keep the branches moving but not enough to remove the leaves, Autumn colours across the water, 16.9 image so large may be better Wish you all HFF and a good weekend. 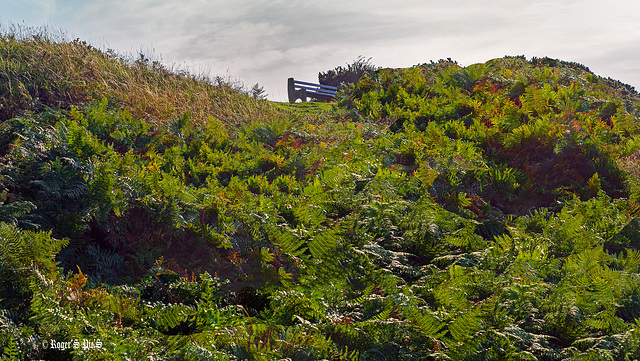 A Seat on top! 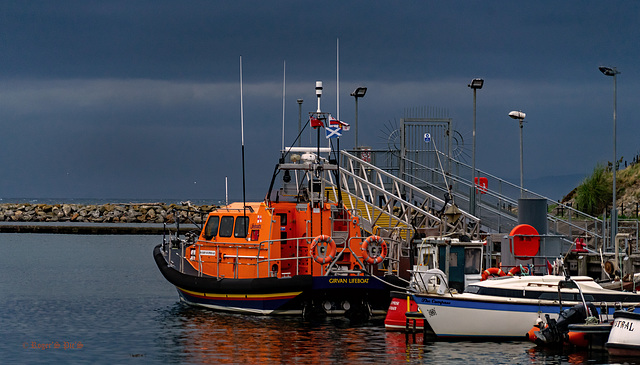 The Girvan all weather Shannon class Lifeboat " Elizabeth and Gertrude Allen" on her mooring, as the sky darkens and bad weather rolls in from the Firth of Clyde.
862 items in total
Jump to top