The GIMP The GIMP

Heads by Henry Holiday and Marcus Gheeraerts the Elder 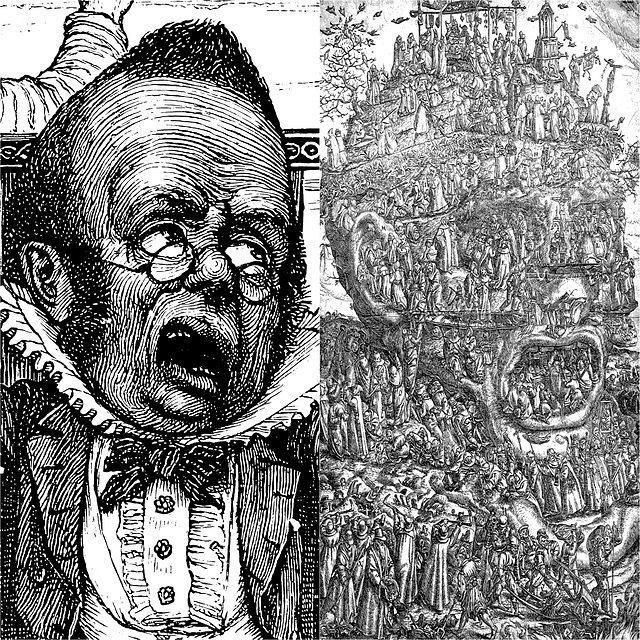 
This is probably one of the strongest examples for resemblances between graphical elements in Henry Holiday's illustrations (1876, cut by Joseph Swain) and graphical elements in another image. Sometimes Holiday mirrored his pictorial quotes: Here Holiday vertically flipped the "nose" of Gheeraert's "head". I flipped it back.


As for the image on the top of this page:

[left]: The Banker after his encounter with the Bandersnatch, depicted in Henry Holiday's illustration (woodcut by Joseph Swain for block printing) to the chapter "The Banker's Fate" in Lewis Carroll's "The Hunting of the Snark" (scanned from an 1876 edition of the book) 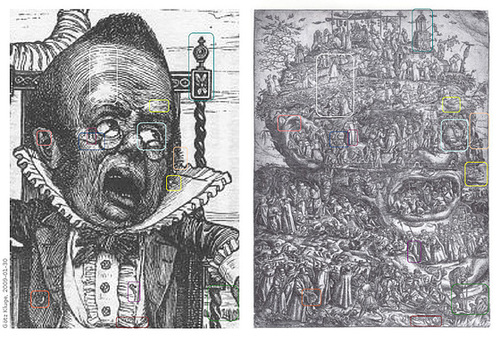 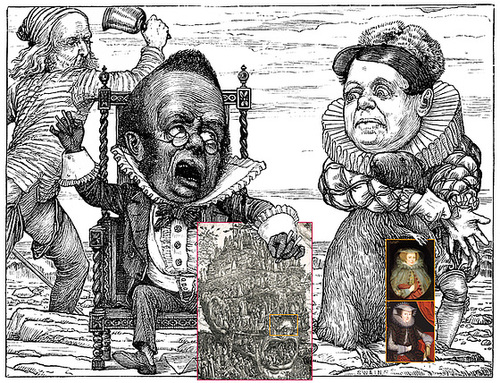 Inspiration from another source: 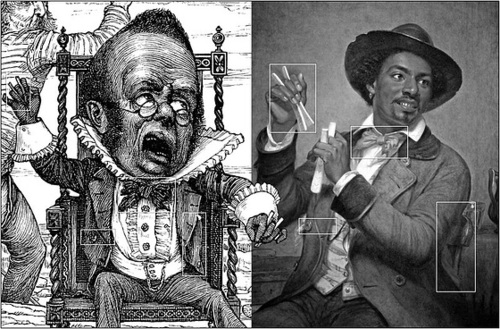 Inspiration to other Snark illustrations: 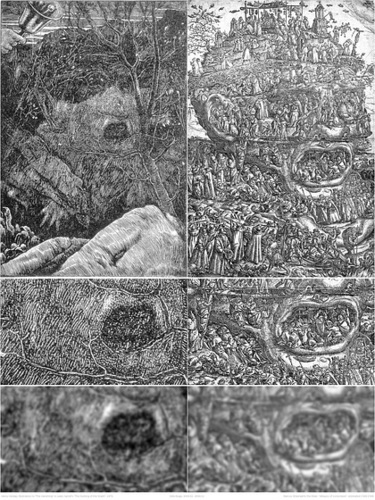 The "head" inspires contemporary artists too: The Paul Juraszek Monolith (by Marcus Wills, 2006)
6 years ago. | Permalink