The Snark The Snark 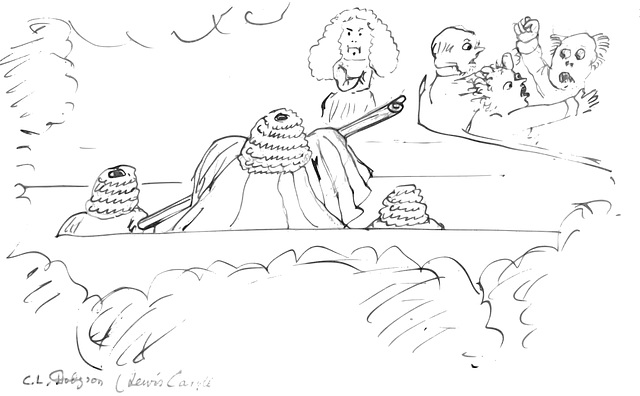 Henry Holiday's depiction of a scene from the chapter "The Barrister's dream". 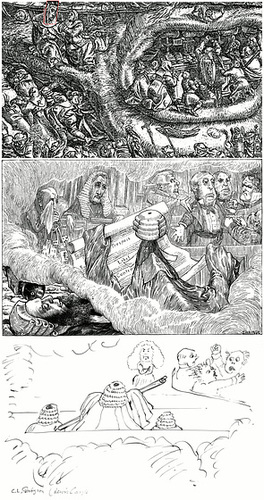 www.sothebys.com/en/auctions/ecatalogue/2014/english-literature-history-childrens-books-illustrations-l14404/lot.646.html:
"[...] Here Carroll makes himself explicit by illustrating his ideas with a small original drawing within the letter. The letter also carries three notes in pencil (initialled HH) in which Holiday provides comments in answer to Carroll’s criticism, "I did not adopt this criticism on the drawing" and "L.C. has forgotten that ‘the Snark’ is a tragedy…", for example (4 pages, 8vo, The Chestnuts, Guildford, 4 January 1876, tipped-in). [...]"
7 years ago. Edited 7 years ago. | Permalink 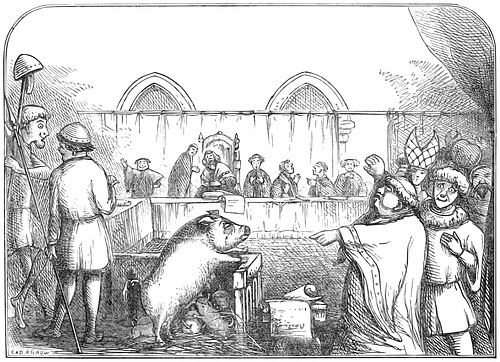