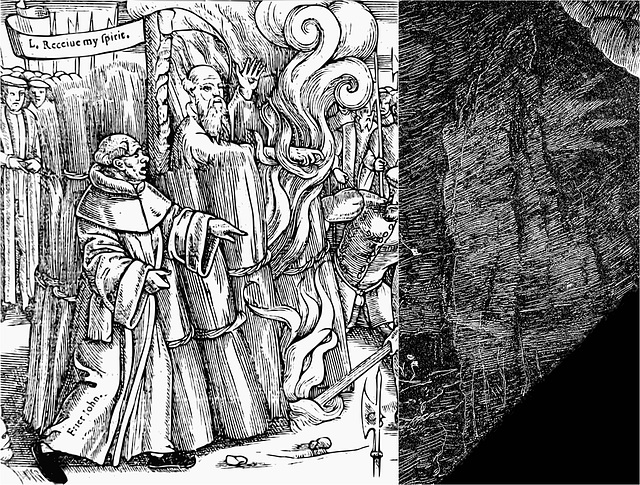 The left picture is a segment from an print which shows the burning of Thomas Cranmer.

The right picture is a +135° rotated detail from Henry Holiday's illustration to the final chapter of Lewis Carroll' s The Hunting of the Snark,


In "The annotaded ... Snark", Martin Gardner wrote about Henry Holiday's illustration to the last chapter of Carroll's The Hunting of the Snark: "Thousands of readers must have glanced at this drawing without noticing (though they may have shivered with subliminal perception) the huge, almost transparent head of the Baker, abject terror on his features, as a giant beak (or is it a claw?) seizes his wrist."

That is, there were no brides in the crew.
Suggested groups:
Comments 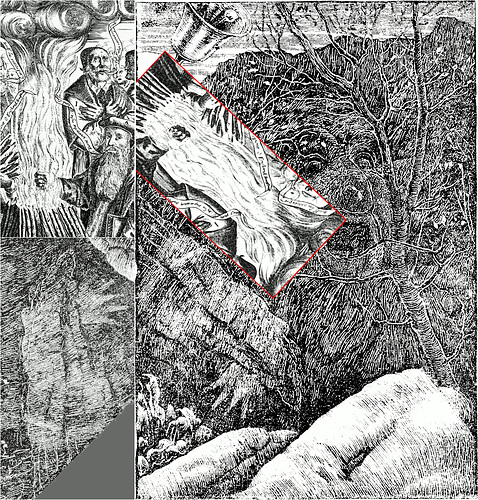